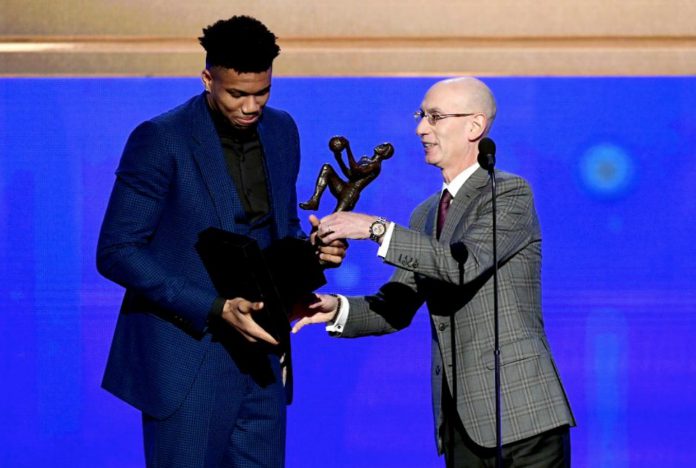 Giannis Antetokounmpo made his free throws last night against San Antonio, helping the Milwaukee Bucks improve the best start in franchise history to 31-6.

In terms of the Most Valuable Player race, it means some separation for Giannis over the other top contenders.

At the legalised sports betting sites DraftKings SportsBook and FanDuel Sportsbook, Antetokounmpo has become a prohibitive favourite. DK has him listed at -125 (wager $125 to win $100), and FD has him at -145.

The Freak made 15 of 18 free throws Saturday night in San Antonio to raise his season average to 61.1 percent, temporarily silencing the critics who pointed to his sub.-60- percent foul shooting as the strongest argument against his candidacy.

Milwaukee is winning its games by an average of almost 13 points, while the next highest point differential in the league is 7.7 by the Celtics.

“I have him a solid first place, poised to become the first-back-to-back winner since 2014-15 and 2015-16,” said Forbes Sports Writer Chris Sheridan.