‘Hurts me to my core’: Nick Kyrgios withdraws from US Open 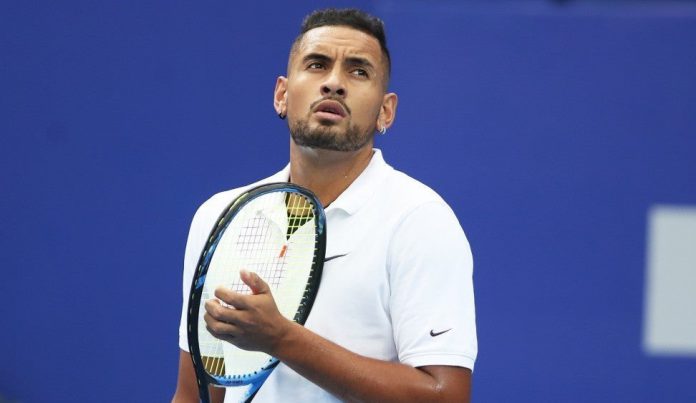 Tennis star Nick Kyrgios has withdrawn from the US Open, saying his decision was made out of respect for his fellow Australians and the huge numbers of Americans who have died from COVID-19.

In a video posted to the ‘Uninterrupted’ social media account created by LeBron James, the Greek Australian said the choice to not play in the US Open next month was a painful one but necessary for him in the current pandemic.

Kyrgios said he didn’t begrudge the US Open organisers for putting on the tournament and restoring jobs, and he wished players well who decide to play.

“It hurts me to my core not to be out there competing at one of the sports’ greatest arenas, Arthur Ashe Stadium. But I’m sitting out for the people, for my Aussies, for the hundreds and thousands of Americans who have lost their lives. For all of you,” Kyrgios says in the video.

“I’ve got no problem with the USTA putting on the US Open and if players want to go, that’s up to them so long as everyone acts appropriately and acts safely. No one wants people to keep their jobs more than me.”

But Kyrgios also took a few more swipes at a ‘selfish’ group of players who either contracted coronavirus or were exposed to it at a tournament and post-tournament party put on by Novak Djokovic in Serbia and Croatia in June.

In the case of world No.7 Alexander Zverev, he was subsequently seen out partying when he was supposed to be self-isolating.

“Tennis players, you have to act in the interests of each other and work together. You can’t be dancing on tables, money-grabbing your way around Europe or trying to make a quick buck hosting the next exhibition. That’s just so selfish,” Kyrgios says.

“Think of the other people for once. That’s what this virus is about. It doesn’t care about your world ranking or how much money you have. Act responsibly.”

The US Open is slated to begin on September 1 in New York and is set to be just the second major tournament to be played this year after the French Open was postponed and Wimbledon was cancelled.

Kyrgios has become the second high-profile Australian tennis player to announce he will be staying away from the New York-based tournament, following the withdrawal of women’s world number one Ash Barty last week.