Greek vs Italian semi-final set up in Lyon 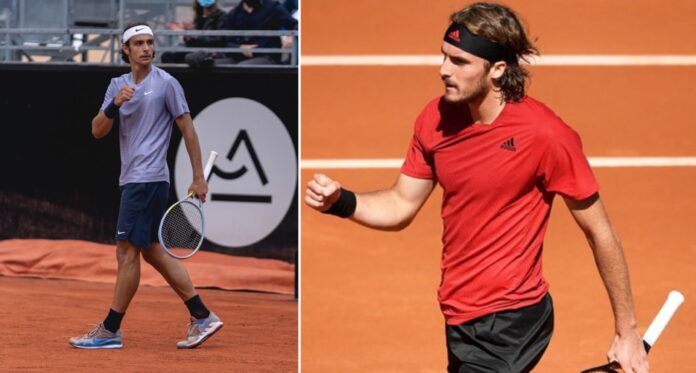 Stefanos Tsitsipas competed with great intensity on Friday to move within one step of the Open Parc Auvergne-Rhone-Alpes Lyon final.

The second-seeded Greek, who has compiled an ATP Tour-best 31 match wins on the season (31-8), did little wrong in a 6-3, 6-4 victory over Japan’s Yoshihito Nishioka in 66 minutes.

“It was a good match from my side, he was serving well,” said Tsitsipas.

“His game is a little unpredictable and he is one of the best left-handers out there. It’s never easy to construct the point and he is able to penetrate and play shots you don’t expect. I knew he was going to fight and not give up. I am pretty glad to have won.”

Tsitsipas put Nishioka under constant pressure, breaking courtesy of a backhand long for 4-2 in the first set, which ended after 31 minutes. Tsitsipas, who lost just eight of his service points (40/48), gained a 2-1 lead in the second set courtesy of another error and didn’t look back.

The World No. 5 will now face 19-year-old Italian Lorenzo Musetti. Musetti recovered from 2-5 down in the second set to claim a 6-3, 7-6(2) victory over Aljaz Bedene of Slovenia in one hour and 34 minutes.