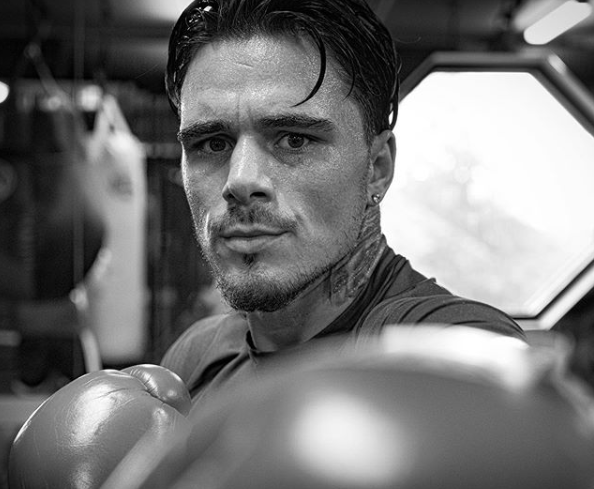 With the total number of confirmed coronavirus cases in the United States surpassing 200,000, it’s no surprise that Greek-Australian boxing star George Kambosos Jr fled the country.

With flights being grounded and borders closing, Kambosos made the decision to suspend his training for the final elimination round of the IBF Lightweight World Title, and returned to Australia on March 21.

He, along with his partner Bec Pereira and their children, Evaliah and Leonidas, are now nearing the end of a two-week quarantine.

“I was already in Miami training and I had an absolutely fantastic first week,” Kambosos told Wide World of Sports.

“But unfortunately on the next Monday, we went to get back in the gym and COVID-19 had pretty much taken over the world. The gym got closed down and before you know it, there was signs of the US going into a possible lockdown.

“I had my family with me like always and I said, ‘You know what, if we get stuck here, this is not going to be good. Let’s get on a flight, let’s get home and we’ll deal with whatever comes’.”

The upside? Kambosos has a fully decked-out gym in his home, where he is now preparing for his elimination round against Welshman Lee Selby, a 33-year-old former featherweight world champion.

“For myself, nothing changes. I’m in the gym day-in, day-out whether I have a fight locked in or if a fight’s in six months’ time. I’m always in the gym, always preparing, always perfecting my craft,” Kambosos stressed.

The bout between Kambosos and Selby was initially set for May 9 in Cardiff but has now been postponed to July 11. It is one of the biggest fights of Kambosos’ surging boxing career as it could give him a strong chance to win the IBF Lightweight World Title.

“I want the best Selby, I don’t want no excuses. When I beat him, when I stop him in front of his people, I don’t want any excuses, don’t want him to say, ‘I was outside of the ring too long’, or, ‘I’ve aged too much’,” Kambosos said.

“When the time does come and we do fight, I’ll be 110 percent ready. A little bit of extra time is going to be great for myself and I think it will actually hurt Selby a bit more.”