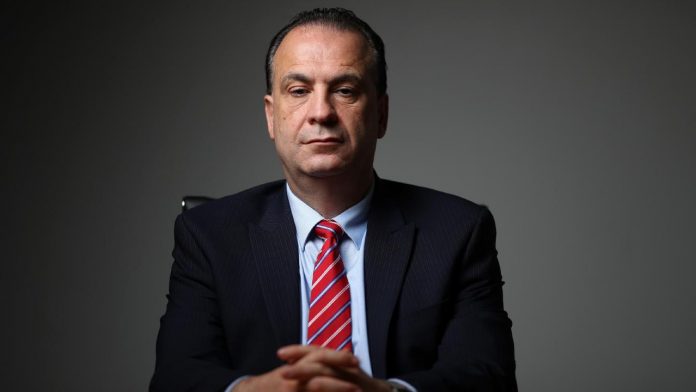 When rugby league resumed play over the weekend, players largely had one man to thank – Peter V’landys.

Over the past two months, the Chairman of the Australian Rugby League Commission pushed on to resume the competition on May 28 despite facing opposition from politicians, health officials and more recently, referees.

While these public debates have seen V’landys’ profile pushed into the public spotlight in recent months, the former Keira Boys High School student has been on a steady trajectory to the top of the sports administration world for much of his career.

A former Chief Executive of the NSW Harness Racing Club and the current CEO of Racing NSW, a role held since 2004, V’landys has long been highly regarded within the sporting industry.

But if you go back even further, those who knew the child of Greek migrants while he was growing up in Wollongong, believe he was always destined to become one of the most powerful men in Australian sport.

“Peter ran some businesses when he was pretty young, he ran a restaurant in Wollongong, he went to Harold Park and ran harness racing,” St George Illawarra recruitment manager, Ian Millward, told the Illawarra Mercury.

“I remember when he got that job I thought it was a big job, but he didn’t just do well, he was very successful. Obviously he hasn’t been a one-trick pony.”

Millward’s ties to V’landys run deep. The pair grew up in the same street, they both attended Keira Boys High School and they played rugby league together for Wests Illawarra.

V’landys eventually went on to pursue a career in business, getting his commerce degree from the University of Wollongong. However, he recognises that he wouldn’t be where he is today without the experience of playing rugby league.

“One thing rugby league does is it creates friendship and mateship. I was now one of them, it brought me into the fold. I was no longer the wog,” V’landys said.

“When you’re a young kid, that’s important. Self esteem when you’re growing up is important, so playing rugby league was very important for me.

“If I hadn’t, god knows where I would’ve ended up. My confidence levels would’ve been bad, my opportunities and chances would have been substantially less.”

Given the way rugby league helped a young V’landys gain popularity in the classroom and laid the platform for a successful career, the ARLC chairman always had a desire to give back to the sport that gave him so much.

“I wanted to play for Australia, wear the green and gold. It made me determined to be someone and I wanted rugby league to help me get there,” V’landys said.

“I never got there. My parents, being migrants, they didn’t think rugby league was a career. So I went to uni and got into business, took a different path.

“But I never forgot what rugby league did for me. When the opportunity to pay it back came, I took it up. That’s why I’m doing what I’m doing. It’s purely to repay the game.”