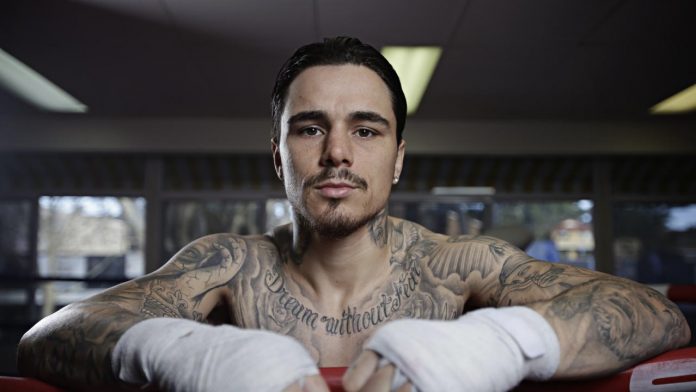 George Kambosos Junior, 28, has convinced boxing governing body, the IBF, to declare that video social networking site Triller has defaulted the terms of their $8.3 million purse bid to host his unified lightweight clash with Teófimó López.

The IBF made a decision over the weekend to transfer the broadcast rights – and about US$10 million in lost expenses – from Triller to Eddie Hearn’s Matchroom Sports, the next highest bidder.

“It was a great decision by the IBF. Triller was in default of the contract so now Matchroom has picked up the event and they will be promoting the fight,” he says.

The fight is now slated for November 13, but Kambosos says he’d “be ready today if the fight was on.”

“I was never ripping anyone off. Triller said I tried to shake them down. What do they think I am, part of the mafia or something?” Kambosos says.

“It’s been pretty stressful. At the end of the day, I will walk away with about $2.2 million which is life-changing.”

“It is a great reward for all the hard work. This money sets up my wife and three kids for the future, but I’m really here for the legacy and these beautiful belts which I will be bringing home to Australia.”

Video social networking site Triller won the bid to host Teófimó Lopez’s clash against Kambosos in February but the match has been riddled with delays, in small part due to COVID-19 restrictions.

Kambosos, 28, continues to train in Sydney.

“I train extremely hard. There is no other athlete in the country that puts his body through hell like I do. I have a very strict routine. I put my body through mass amounts of pain and sacrifice to make sure when I rock up to the fight, that I’m 100 percent ready for whatever my opponent brings.

“The Triller stuff is history, but the good thing is they have given me mainstream exposure around the world because of this drama.

“When my name is in the lights in the US, I’m the face of Australian boxing.”