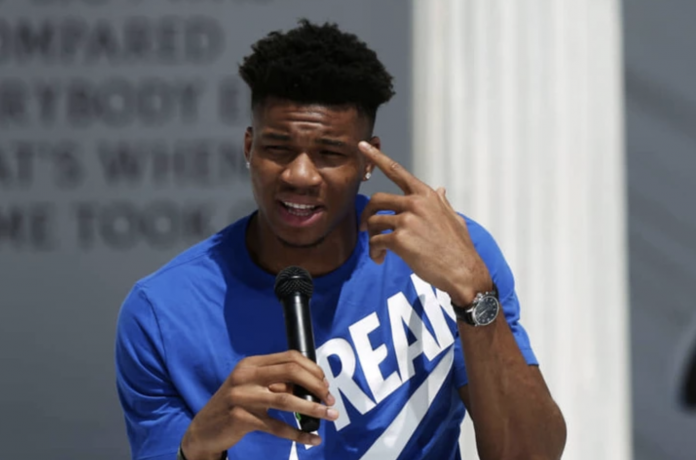 Antetokounmpo accused Jinder Bhogal, who sells clothing inspired by NBA players on his website, of trying to piggyback off his “Greek Freak” trademark, which was registered last year, and profit from the Bucks star’s success.

According to the complaint filed in Manhattan federal court, Bhogal acted in bad faith “with the purpose of confusing and misleading consumers into believing that they are purchasing products associated with or endorsed by Giannis Antetokounmpo, one of the most successful and popular NBA players.”

Antetokounmpo also said Bhogal did not respond to his May 3 “cease and desist” letter to stop selling infringing products, including hoodies.

A call to a number listed for Bhogal in Reading, Pennsylvania seeking comment was not immediately returned.

Antetokounmpo is seeking at least $2 million of damages, including unspecified compensatory and punitive damages, and an injunction against further infringements.

The lawsuit included an illustration in which Bhogal allegedly put Antetokounmpo’s face on a body with antlers, and offered Bucks fans 10% off for deciding to “get your Greek Freak tee for the next round of the playoffs!”

Bhogal’s website also offers clothing featuring depictions of former NBA MVPs Stephen Curry and James Harden.
Antetokounmpo, 24, was born in Greece to Nigerian immigrants and raised there. He has played for the Bucks since 2013, and averaged 27.7 points, 12.5 rebounds and 5.9 assists per game in the 2018-19 season. The case is Antetokounmpo v. Bhogal, U.S. District Court, Southern District of New York, No. 19-06304.