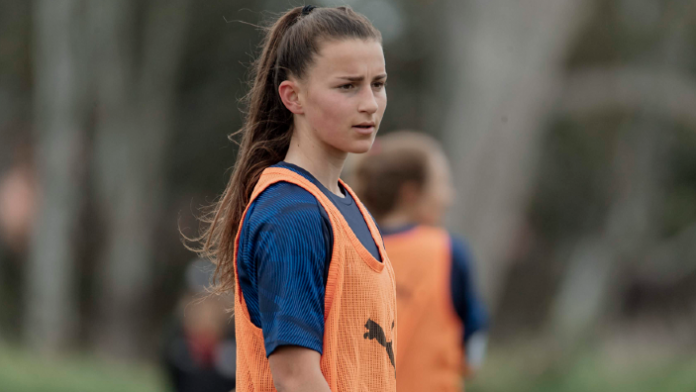 Perth Glory FC has confirmed that 19-year-old midfielder, Sofia Sakalis, has signed a long-term deal with the club and will be on board for the Westfield W-league 2021/22 season.

The Australia Under-17 and Under-20 representative has previously represented Melbourne City, for whom she debuted in 2017/18.

“I’m super-excited to be joining Perth Glory and working with Alex [Epakis – head coach],” Sakalis said, according to a press release.

“His vision and the style of football he wants to play really excited me and I’m eager and ready for a new challenge and a new environment that will allow me to grow into the player I want to become.

“I think Alex is building something exceptional and his long-term vision has really re-ignited my passion for the game.”

The head coach said he is thrilled to have Sakalis on board for 2021/22 and is confident she will make a major impact in purple.

“With Sofia, those who have tracked the women’s game over recent years will be very familiar with her attacking talents and overall ability as an attacking midfielder,” Epakis said.

“Having been involved in Melbourne City’s W-League set-up since the age of 13, making her W-League debut at 15 and representing Australia across various youth levels, it is clear that she has great qualities.

“Sofia has committed for the next few seasons to our project and is really looking forward to playing a big part in helping the team work towards our goals, as well as evolving and further developing her own game.”

Sakalis will be joined by 21-year-old midfielder Sarah Cain, who also signed with Perth Glory and is on board for the Westfield W-League 2021/22 Season. Cain made six appearances for Melbourne City in what was her maiden W-League campaign last year.