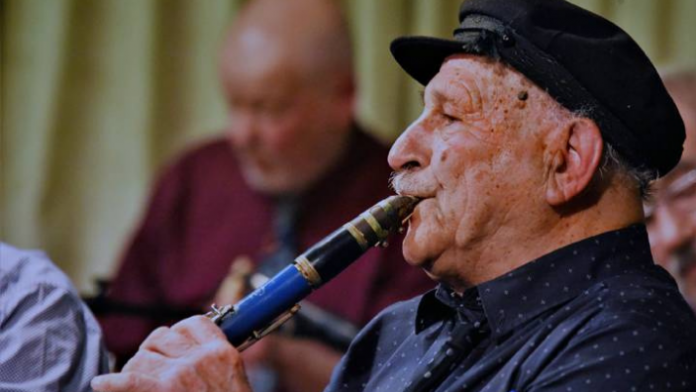 A champion of multiculturalism, advocate for migrant issues and Melbourne jazz legend – three perfect descriptors of Nick Polites OAM who recently died at the age of 95.

To mark his sad passing, The Greek Herald takes a look back at his incredible life and achievements.

Nick Polites’ father, Theodore, migrated from Lefkada to South Africa in 1898. In 1900, he came to Melbourne where he met Filia, an Asia Minor refugee, and married in 1924.

Nick finished school in Elwood and studied Commerce, Languages and Arts at Melbourne University. After graduation, he took the helm of the family business, a confectionary factory.

Social work for the Greek community:

In 1971, Nick sold the family’s confectionary factory and moved on to migrant services. He became one of the founders of the Greek Australian Welfare Society, Pronia, and ended up being Director for 15 years.

When they were facing a shortage of Greek speaking social workers, he went back to university to get a degree in social work.

In amongst his social work, Nick was also living a parallel life as a legendary jazz musician in Melbourne.

At just 19 years of age in 1946, Nick played his clarinet at the first ever Australian Jazz Convention, which is now the world’s longest-standing jazz festival.

Later, he also played with the biggest jazz bands in Melbourne, as well as with legends like George Lewis and Louis Armstrong.

In 1981, Nick was awarded the Order of Australia Medal and the Spiro Stamoulis Lifetime Achievement Award 2020 by the Australian Hellenic Chamber of Commerce and Industry.

Nick remained active and creative until the last years of his life. He was still playing live jazz music until recently on a weekly basis.