VIDEO: Over 40 migrants found crammed in lorry in northern Greece 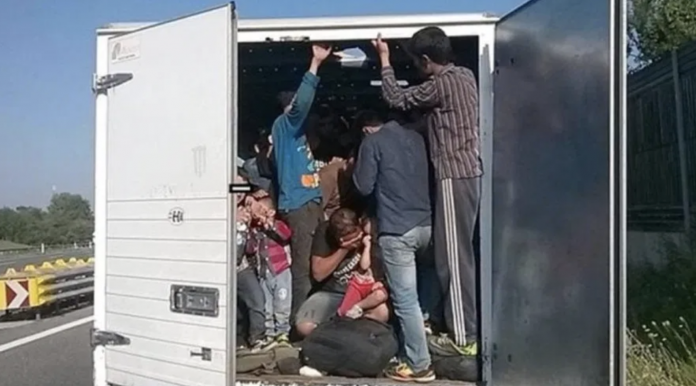 Greek police released 40 migrants from a container truck near the town of Xanthi in north-eastern Greece, on Monday morning.

Police stopped the lorry for an inspection shortly after the Egnatia Highway. When police opened the container door, they found over 40 people crammed together, many close to suffocation and requiring medical attention.

Ambulances from Xanthi and Kavala were called immediately to transfer them to nearby hospitals.

The driver of the truck was arrested. The truck was predicted to be heading for Thessaloniki.

“The conditions inside the container were stifling and it is doubtful whether the migrants would survive the long journey to Thessaloniki,” notes local media xanthisnews, citing police estimations.

Most of the migrants were men between the ages of 20-30. There were also a small number of children crammed inside.

It is predicted most migrants were from Afghanistan, though nationalities will take time to identify.

The lorry driver is a Georgian national.

Police had reportedly received a tip for the illegal transport.