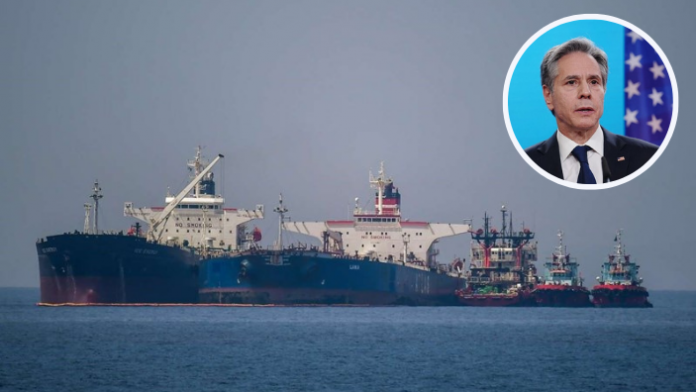 Blinken made this comment during a telephone call on Monday with Greek Foreign Minister, Nikos Dendias.

“Iran’s continued harassment of vessels and interference with navigational rights and freedoms are a threat to maritime security and the global economy,” a statement by Blinken reads.

“The Secretary and Foreign Minister agreed that Iran must immediately release the seized vessels, their cargoes, and their crews.”

Iranian forces seized two Greek tankers in the Gulf on Friday, shortly after Tehran warned it would take punitive action against Athens over the confiscation of Iranian oil by the United States from a tanker held off the Greek coast.

Iran’s Ports and Maritime Organization said on Saturday the crews of the vessels have not been detained, and they were in good health and being cared for on board their vessels.

This comes as Greece’s Shipping Ministry has made a “strong recommendation” to Greek shipping companies to avoid Iranian territorial waters when crossing the Persian Gulf, Strait of Hormuz and Gulf of Oman.

Athens has also called for the release of the ships and their crews, denouncing the seizure as an act of piracy.