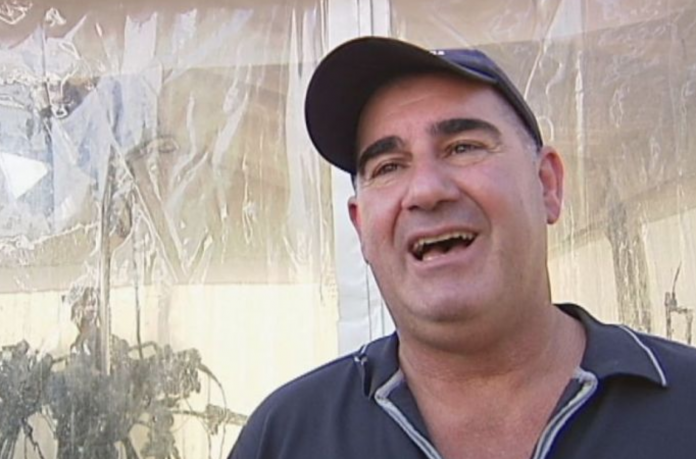 Bill Vlahos pleaded guilty in the County Court last year to defrauding betting clients, through his punting club The Edge, of more than $17.5 million between 2008 and 2013.

He duped more than 70 people — some of them from inside the racing industry — into thinking he had a secret formula for picking winners.

The Edge started off modestly enough — just a few friends and family. Over time its “sensational returns” grew, with Vlahos claiming to have $170 million in the bank.

The court heard he sent out updates to investors every Saturday morning which would detail which horses he would bet on, as well as ‘results’.

The court heard bets were made, but not in the large amounts claimed. Sometimes there were no bets at all for the club. He also used fake or old betting code numbers in his reports to investors.

Investors were getting returns, but as the scheme grew Vlahos needed to fund his lifestyle including private schooling for his children in Singapore, luxury cars, business class flights, landscaping, renovations, a jacuzzi and clothing.

Vlahos claimed to be involved in an international betting scheme run by a man in Dubai called Daniel Maxwell, or Max, which required minimum levels of funds to operate.

The Edge was never in such a program and the court heard it was an excuse to ensure people did not withdraw their funds and to lure new investors in.

The court heard Vlahos gave the excuse to investors that Max’s daughter had died and could not respond to withdrawal requests. There was no daughter because there was no Max, the court heard.

At one stage he showed clients a screenshot showing $170 million that was in a joint account with Maxwell.

The court was told Vlahos became more secretive about the scheme, claiming there were leaks that were undermining the scheme when in reality it was running short of money. The fund collapsed in late 2013.

Gerry Onah lost a total of $418,000, after introducing his father and his business partner to the scheme.

“I felt guilty for involving them in what I felt was a sure thing,” Mr Onah said in a victim impact statement read to the court.

“There’s a lot of anger and frustration and a lot of sleepless nights.”

Another victim, Andree Job, and her husband invested and lost $30,000. Now her husband has dementia and life is “very stressful”, the court heard.

In a written defence submission, Vlahos acknowledged the harm he caused.

“Mr Vlahos’ offending has had a profound emotional, social and financial [impact] on victims who trusted him,” the submission said.

“Mr Vlahos accepts that he wreaked havoc on their lives.”

But the submission noted that gambling was risky, arguing Vlahos’ crimes were not as serious as other types of fraud “where victims are assured their money is safe”.

The submission noted Vlahos had been diagnosed with anxiety and depression and would have a hard time in prison.

His defence lawyer, Justin Wheelahan, said Vlahos’s plea of guilty should be a key factor in determining an appropriate sentence.

It saved the court and the taxpayer the cost of nine separate trials which had been planned.

Initially, Vlahos was facing 347 charges with an alleged fraud of $129 million. Had his client pleaded guilty then, Mr Wheelan said, it would have not reflected money that was paid out to investors.

Vlahos faces a maximum jail term of 10 years on the two charges.