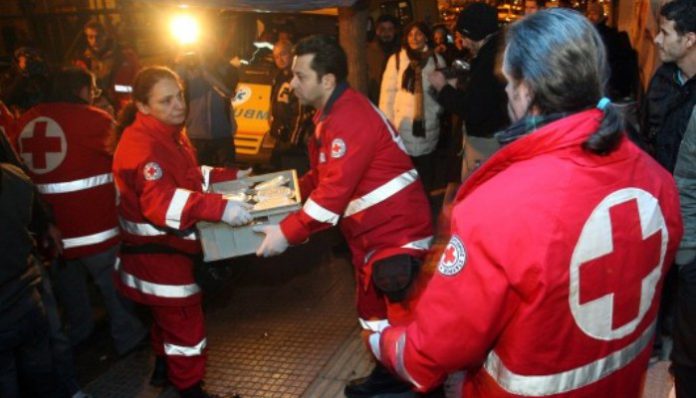 The International Federation of Red Cross and Red Crescent Societies (IFRC) will support its Greek chapter with an initial 300,000 euros, its president Francesco Rocca said on Thursday.

The Red Cross president visited the Kastanies border station at the Greek-Turkish border in the Evros region, also visiting the island of Lesvos on Friday.

The European Union “must understand it cannot let Greece meet this great challenge alone,” he said, referring to the unfolding migration crisis and the thousands of refugees stuck in the buffer zone with no right of entry into Greece, adding that the primary concern should be the safeguarding of human dignity.

Rocca also said that the IFRC will continue to support the Hellenic Red Cross and will sustain its aid actions for refugees and migrants as required.

The aid comes as Eurorelief and other independent volunteer groups decided to suspend all activities in the Moria migrant camp this week, following increased violence.

“Over the past few days, volunteers and other individuals helping the refugees were specifically targeted by some locals, and getting to and from camp was impossible,” Eurorelief said in an Instagram post.

The withdrawal of volunteer groups has disastrous consequences for the migrant camps, as it will lead to will a further breakdown of utilities. Volunteer groups such as Eurorelief are n charge of housing, food distribution, showers and hygiene practices.

With nobody on the islands prepared to take over these jobs, more than 20,000 Moria migrants will be pushed further into poverty.