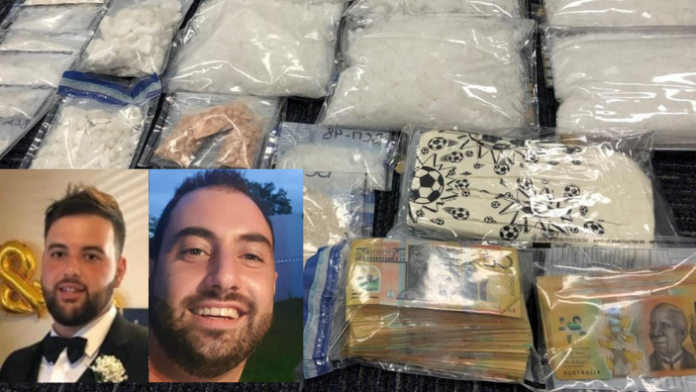 Pierre Georges, 22, of Morphett Vale and 33-year-old Andreas Alexander Erotocritou of North Brighton are charged with trafficking in large commercial quantity of drugs, money laundering, possessing a prescribed quantity of drugs, equipment and instructions to manufacture a controlled drug.

“(Police) searched the area and they’ve located a large amount of drugs, money and drug-making equipment,” a police prosecutor said.

“In the office where both (defendants) were located there was a large amount of drugs found in a compartment under the floor, behind a bookcase in the office was a secret alleyway for want of a better word.

The court also heard Erotocritou – who had employed Georges just weeks ago – told police all the drugs were his.

Magistrate Susan O’Connor approved a $1000 bail for Georges but the Director of Public Prosecutions will appeal the decision in the Supreme Court.

Ms O’Connor denied bail and remanded Erotocritou in custody. Both defendants will next appear in court in June.