On This Day: The first Olympic Day was celebrated 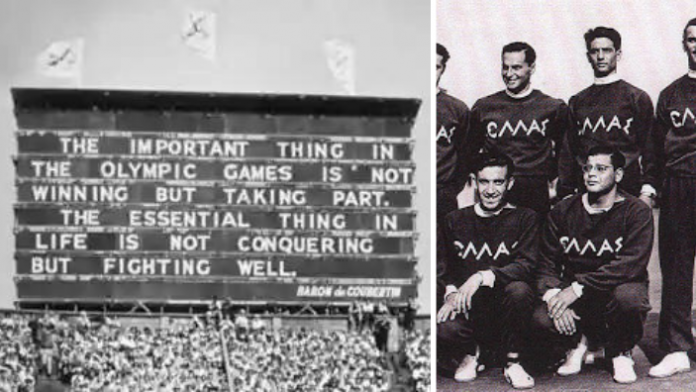 World Olympic Day is celebrated annually on 23 June since its inception in 1948.

Olympic Day commemorates the birth of the modern Olympic Games in 1896 and promotes the role of sport in everyday life and society.

There’s no better time than just 30 days away from this year’s Tokyo Olympics for The Greek Herald to discuss World Olympic Day’s inception and meaning.

Olympic Day in 2020 was unlike no other.

It was the first digitally-exclusive Olympic workout that provided one way for thousands of people to connect for 24 hours during their lockdowns, but Olympic Day has been celebrated everyday for the past 73 years.

73 years back, in 1948, Greece participated in the London Summer Olympics.

Since then, Greek athletes have competed in every Summer Olympic Games: 61 competitors, 44 events and 10 different sports.

Olympic Day has a particular significance in Greece as Greece is the birthing nation of the Ancient Olympic Games.

Greece was one of nine National Olympic Committees (NOCs) that hosted a ceremony in 1948 for the day and it promoted sport for all generates and sent a particular message to the younger generation.