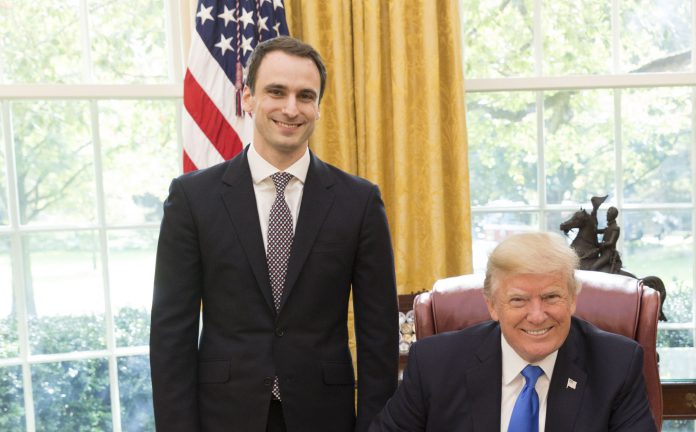 White House chief technology officer (CTO) Michael Kratsios ⁠— who enlisted Amazon and Microsoft to fight COVID-19 ⁠— has been recruited for another role as the Defense Department’s top official for technology.

President Donald Trump is designating Kratsios to serve as the acting under secretary of defense for research and engineering — in effect, the Pentagon’s CTO. Kratsios will also keep his CTO role in the White House Office of Science and Technology Policy.

The previous under secretary in charge of defense tech, Mike Griffin, stepped down last week to pursue “a private-sector opportunity” along with his deputy.

Kratsios will be in the prime position to help the Pentagon pursue opportunities in emerging technologies such as AI, automation, quantum computing, robotics and 5G wireless services, frontiers that have drawn increasing attention under Defense Secretary Mark Esper.

“In seeking to fill this position we wanted someone with experience in identifying and developing new technologies and working closely with a wide range of industry partners,” Esper said in a statement.

“We think Michael is the right person for this job and we are excited to have him on the team.”

Before joining the White House in 2017, Kratsios worked in the Bay Area as chief financial officer and chief compliance officer for Clarium Capital Management, and then as principal and chief of staff for Thiel Capital.

His work has won been heralded from outside the administration as well.

“If the Department of Defense wants to effectively take advantage of the upcoming technology wave to modernise its weapon systems and forces… Michael Kratsios is ideally positioned to effectively advance this mission at the DOD,” Robert Atkinson, President of the Information Technology and Innovation Foundation, said in an emailed statement.