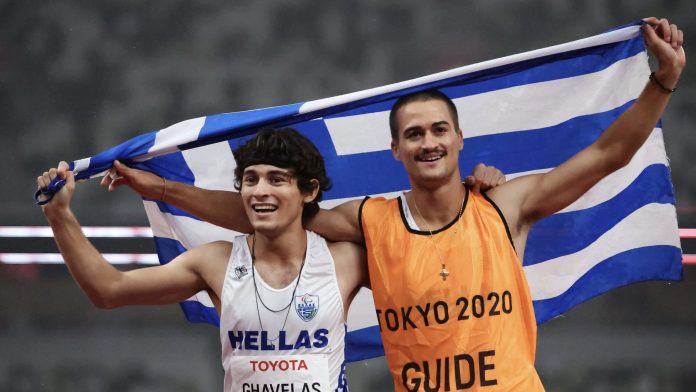 Greek sprinter Athanasios Ghavelas and guide Sotirios Gkaragkanis have set a new world record and won gold in the men’s 100-meter sprint final on Thursday at the Paralympic Games in Tokyo.

Ghavelas, 22, and Gkaragkanis won the category T11 with a time of 10.82 seconds, beating their own record of 10.88 seconds in the qualifiers the day before.

The sprinter spoke about setting two world records in less than 24 hours.

“This category is about visual problems and when something like this happens, we have the energy and strength to continue. I wish for all the people who have any problem to continue to do everything they like or love, just as we are doing,” he says in a Paralympic article.

He also spoke about living with a visual impairment and his companion Gkaragkanis early last month.

“You need a companion in the race that you can work in absolute harmony. In fact, your companion must have a better performance than you…” Gkaragkanis says.

“You have to have excellent coordination, to move like a single body… This requires hard practice in training.”

Ghavelas set another world record of 10.98 seconds in the 100-meter T11 final at the European Championships in June.