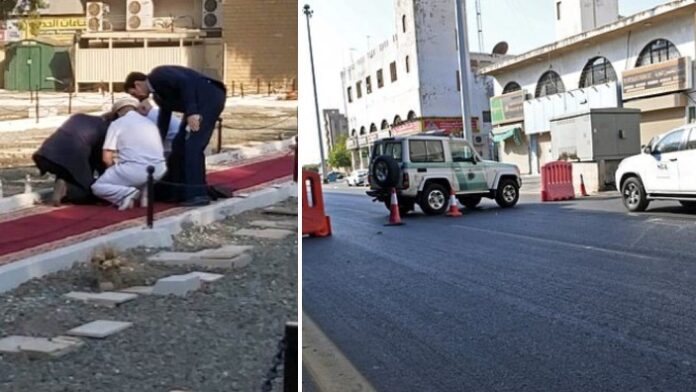 Officials have said at least three people were wounded when an explosive device hit a ceremony commemorating the end of World War I at a cemetery in the Saudi Arabian city of Jeddah.

Several countries had representatives at Wednesday’s event, which was held at a cemetery for non-Muslim dead and was attended by foreign diplomats.

The explosion was the second security incident to take place in the Red Sea port city in the last couple of weeks, and the first attack with explosives in years to attempt to hit foreigners in the conservative kingdom.

Hours after the incident, local authorities said a Greek consulate employee and a Saudi security officer were wounded in what they described as a “cowardly” attack. The British government said one UK national also suffered minor injuries.

“There was some sort of a blast at the non-Muslim cemetery in Jeddah. There are four slightly injured, among them one Greek,” a Greek official told Reuters, declining to named.

A statement by the French Foreign Ministry condemned the attack and called it “completely unjustified.”

“The embassies that were involved in the commemoration ceremony condemn this cowardly attack, which is completely unjustified,” the statement said.

“They call on the Saudi authorities to shed as much light as they can on this attack, and to identify and hunt down the perpetrators.”

A Saudi statement carried by state news agency SPA said an investigation was under way. There was no immediate claim of responsibility and no word on the motive.