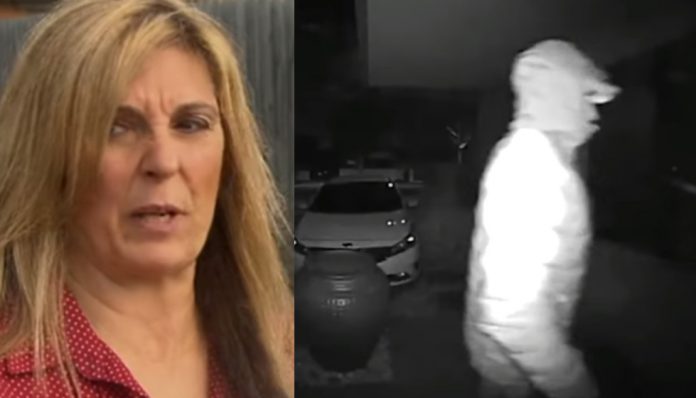 Maria Angelidis and her son were forced to fight off two armed intruders in Melbourne’s southeast yesterday, after they smashed their way into their home.

Security footage obtained by 7 News shows two men, armed with knives and a screwdriver, breaking into the family’s Carrum home in the early hours of the morning.

Screams of “get out of my house” can be heard as the men attacked Mrs Angelidis’ son.

“I saw my son and two guys on top of him, punching him and yelling and screaming. It was just petrifying because they get you when you’re asleep,” Mrs Angelidis told 7 News.

Her 23-year-old son said he barely had time to react as the men started kicking him.

“They both grabbed onto me and threw me on the ground. Throwing punches and kicks,” he explained.

Seconds later the two men ran out of the house, knocking over a garden pot as they rushed to a waiting car.