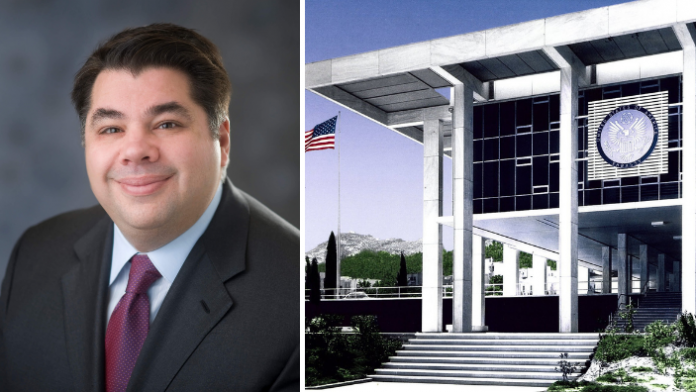 Prominent Greek American businessman, George Tsunis, has been officially confirmed by the United States Senate as the next US Ambassador to Greece.

The confirmation came after a late-night vote in the US Senate on March 10.

During the vote, Mr Tsunis said that as Ambassador he will aim to strengthen Greek-American relations and will focus on accelerating trade and investment opportunities between Greece and the US.

Mr Tsunis will also work on strengthening energy cooperation between both countries and encourage Greece to invest in renewable energy sources and projects aimed at regional energy security.

In a post on Twitter, the US Mission in Greece said it “looks forward to welcoming you and working together to advance our many shared goals in Greece.”

Mr Tsunis’ appointment to this ambassadorial post comes at a critical time not only because of the ongoing Russian invasion of Ukraine, but also because Greece and the US are currently in the midst of likely the most “warm” period of relations between the two countries in living memory.