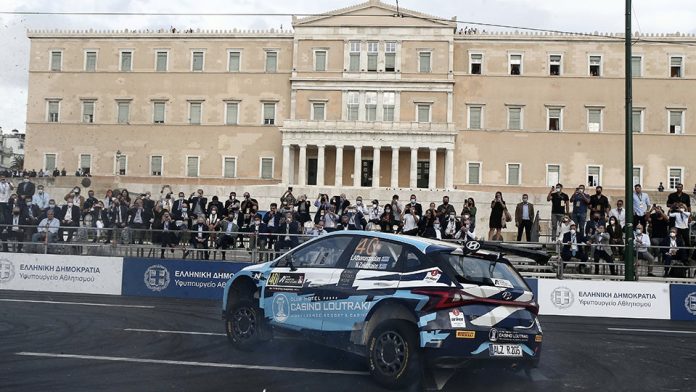 Prime Minister Kyriakos Mitsotakis launched the race at the foot of the Acropolis.

“We’re absolutely thrilled that the Acropolis Rally is back in Greece,” he said.

“There’s a very big percentage of the population that is fascinated by motorsport. I don’t think we could have offered them a better gift than the return of the Acropolis.”

“I love Greece. It’s a beautiful country, even (had) some holiday here many times,” Ogier said. “And I’m really happy to come back on the road.”

The Acropolis Rally, the ninth on the 12-race circuit, ends Sunday.