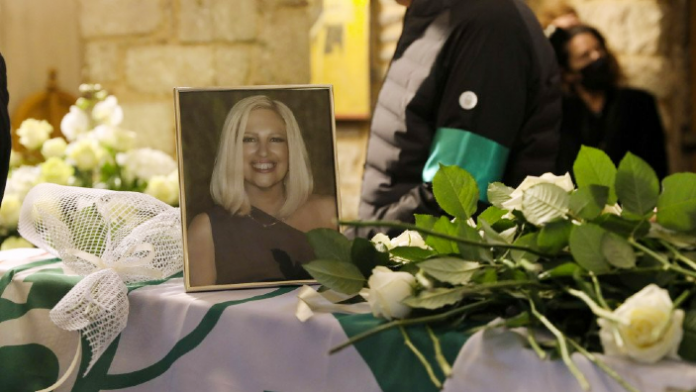 The funeral of the center-left Movement for Change (KINAL) president, Fofi Gennimata, took place with full state honours in the Metropolitan Cathedral of Athens on Wednesday afternoon.

Gennimata lay in state at a chapel at the Athens Cathedral (Mitropoli) since 10 am, then moved to the cathedral where a funeral service was attended by her family, Greek President Katerina Sakellaropoulou, Prime Minister Kyriakos Mitsotakis and SYRIZA leader Alexis Tsipras, among many others.

Ms Sakellaropoulou gave a eulogy at the funeral, saying: “By bidding Fofi Gennimata farewell today, we are not just bidding farewell to a female politician known for her sense of democracy, honesty, and efficiency. We do not merely bid farewell [to someone] who faced a difficult diagnosis with vigour and honesty. We say farewell to a model of hope and discretion.”

Later, thousands lined the street outside and called out ‘Athanati’ (Immortal) as Gennimata’s coffin made its way from the Athens Cathedral to the First Cemetery of Athens.

Her coffin stopped before the Tomb of the Unknown Soldier at Syntagma Square for a few minutes before moving on to her final resting place. She was buried in the family tomb alongside her father, Georgios Gennimatas, who was one of the founders of the PASOK party.

The mother-of-three passed away on Monday at the age of 57 after a long battle with cancer.

Mitsotakis announced after Gennimata’s funeral that a special breast cancer screening program in Greece will bear her name in tribute to the late Movement for Change leader.