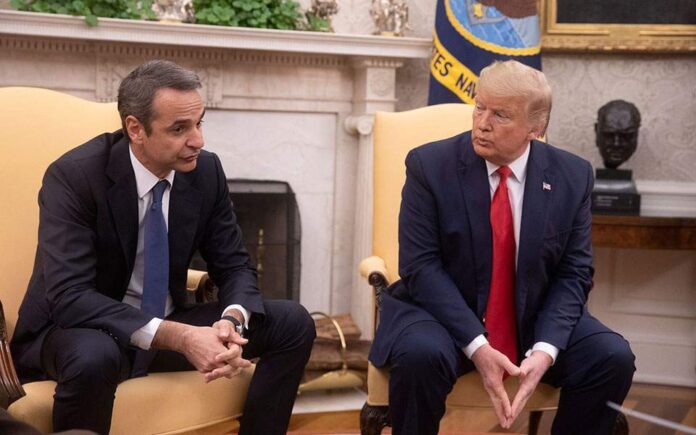 Greek Prime Minister, Kyriakos Mitsotakis, spoke over the telephone with US President Donald Trump about developments in the Eastern Mediterranean on Wednesday night, his office has said.

Mitsotakis, the Prime Minister’s office said, “thanked Mr Trump for his interest and for the communication, which took place while the Republican National Convention is still under way.”

The Greek PM “raised the issue of Turkey’s destabilizing actions, which are endangering peace and stability in the broader region and testing the cohesion of NATO,” it said.

Mitsotakis also stressed that “Greece is ready to contribute meaningfully to a de-escalation on the condition that Turkey ceases all provocative actions at once.”

Tensions remain high between Ankara and Athens following Tuesday’s visits to both capitals by German Foreign Minister Heiko Maas, who aimed to bring leaders from both sides back to the negotiation table over ongoing maritime disputes.

Simultaneous naval drills were conducted by Turkey, Greece and Cyprus in the eastern Mediterranean, Wednesday, amid concerns of a possible conflict in the region.