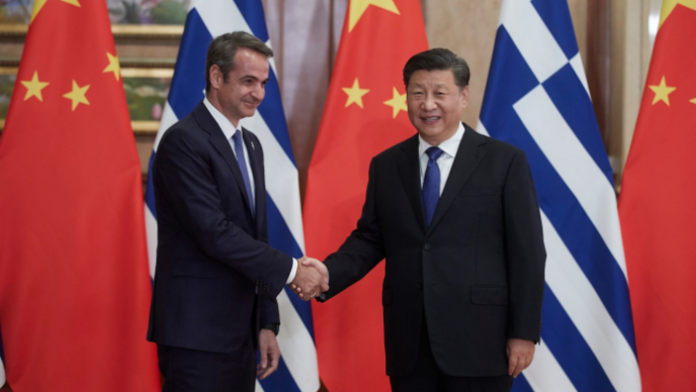 The conversation was held on occasion of the 15th anniversary of the “Integrated Strategic Partnership” agreement (2006), which upgraded Greece-China relations from the level of constructive engagement to a strategic partnership.

The two leaders discussed China’s role in consolidating stability in the Eastern Mediterranean, as a permanent member of the UN Security Council.

Mitsotakis expressed Greece’s appreciation for China’s stable stance in favour of settling the Cyprus issue on the basis of UN Security Council decisions.

According to CGTN, Mitsotakis also hailed the progress China has made in poverty alleviation by describing it as “a miracle of human progress history.”

Finally, Mitsotakis accepted an invitation to attend the 2022 Winter Olympics, to be held in Beijing.