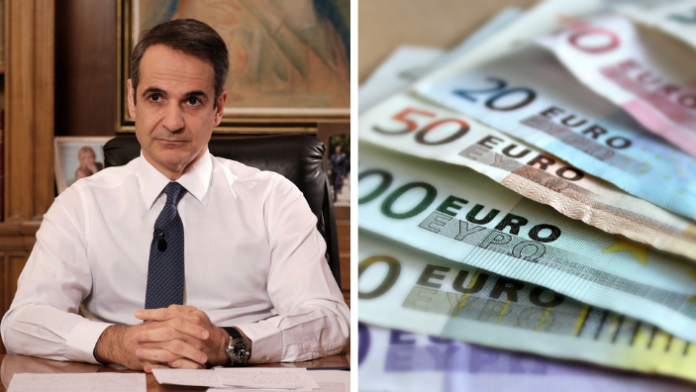 The Greek government will raise the minimum wage from May 1 for a second time this year, Prime Minister Kyriakos Mitsotakis said on Wednesday in a televised address.

“The global surge in inflation is hitting low incomes. From May 1 the basic wage will rise by €50 a month to €713 a month,” Mitsotakis said.

The conservative government raised the monthly gross minimum wage by about 2 percent to €663 in January, meaning that with the new increase the minimum wage will go up by 9.7 percent.

During his address, Mitsotakis acknowledged that pay levels are “indeed low in our country.”

“The wounds of the 10-year financial crisis have not healed and now the surge of inflation globally hurts first and foremost the low incomes and the unemployed,” Mitsotakis said.

“My decision today is centered towards them.”

The pay increase has been criticised by the Opposition party however, with the SYRIZA-Progressive Alliance stating that it “is not even enough to pay electricity bills.”

SYRIZA also claimed that the Mitsotakis government’s “collapse is now final and irreversible” and promised to raise the minimum wage to 800 euros if elected in the next elections.