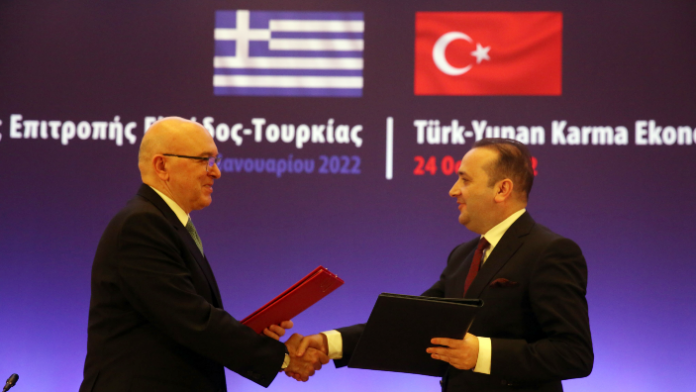 The Greek-Turkish Joint Economic Committee met in Athens on Monday for the first time in 11 years, Ekathimerini reports.

According to a joint announcement, the heads of the two delegations expressed satisfaction with the re-activation of the committee, whose last session was held in Ankara in October 2010.

The two sides also expressed their commitment to continue working to achieve progress in issues included in the “positive agenda,” with emphasis on promoting economic cooperation and trade transactions between the two countries.

Other issues discussed include tourism between both countries, increasing cooperation in the energy sector, and the resumption of bilateral cooperation in research and technology.