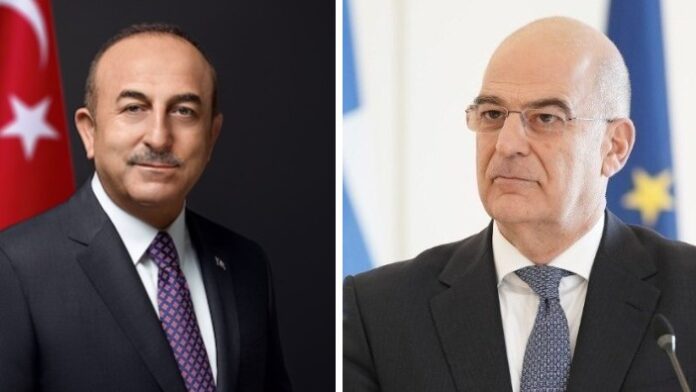 Turkish Foreign Minister, Mevlut Cavusoglu, said on Wednesday he would meet his Greek counterpart, Nikos Dendias, in Turkey on April 14 after the NATO members resumed talks to seek common ground in a decades-old maritime dispute.

The two sides resumed exploratory talks after a five-year hiatus in January and have since held two rounds of talks. It is known that the two sides talked about sovereign seas and maritime zones, the only issue of contention that Greece has agreed to talk about.

“We will hold a meeting at the foreign ministers level in the coming period,” Cavusoglu told a news conference in Ankara.

“We believe it is beneficial for these talks to be at the level of leaders as well, so when Nikos Dendias comes to Ankara, we will also discuss the meeting of our President Tayyip Erdogan and Greek Prime Minister [Kyriakos] Mitsotakis,” he said.

Greek diplomatic sources said the meeting between the two foreign ministers will take place “if conditions are right.”

In comments made Tuesday, Dendias said that “in order to be meaningful… a meeting [with Cavusoglu] would have to take place in the right atmosphere.”