Greece to face Australia and Spain at ATP Cup 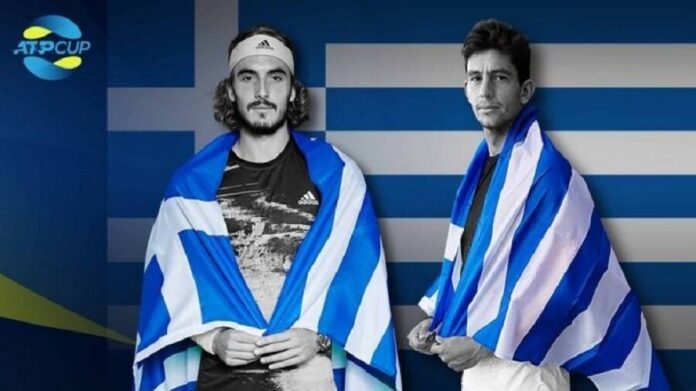 The groups for the ATP Cup have been drawn for 2021 – and Team Greece has been pitted against Spain and Australia in Group B.

Team Greece has been handed a tough draw at the ATP Cup. The Greek team, which will be spearheaded by Stefanos Tsitsipas and Michail Pervolarakis, faces Spain and Australia in the round-robin stages.

World No.2 Rafael Nadal headlines Team Spain, while World No.6, Stefanos Tsitsipas, will lead the charge for Team Greece and world No 23, Alex de Minaur, will lead Team Australia.

The official draw, which was conducted today in Melbourne with Australian greats Todd Woodbridge, Mark Philippoussis and John Fitzgerald, set up an early rematch of last year’s semifinal showdown between Australia and Spain.

Team Australia memorably advanced to the semifinals in the inaugural ATP Cup last summer, scoring wins against Greece, Germany and Canada in the group stages in Brisbane and then defeating Great Britain in a nail-biting quarterfinal in Sydney.

In the semifinals, De Minaur pushed world No.1 Nadal to three sets in a high-quality encounter.

De Minaur, Millman and John Peers all return for Team Australia in 2021, joined by world No.37 doubles player Luke Saville.

Former world No.1 Lleyton Hewitt is captain for the second year in a row. De Minaur, as Australia’s top-ranked player, selected Hewitt as Team Australia’s captain.