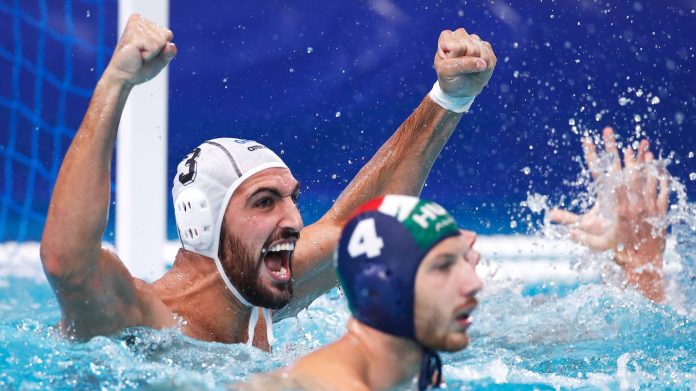 The Greek Water Polo team is going to the Tokyo Olympics finals for the first time in history.

In Friday’s semifinal, Greece come out victorious over Hungary – 9-6. The score remained close throughout the first three quarters, but Greece stacked a 5-4 lead in the final eight minutes with four back-to-back points.

Though about half the Greek team had a turn in the spotlight, Krisztian Manhercz was arguably the most dominant player, scoring in the third and fourth quarters and assisting with several saves.

“I do not think we are done. We want to raise the flag high and let the anthem be heard,” the Greek team’s coach, Theodoros Vlachos, said after the match.