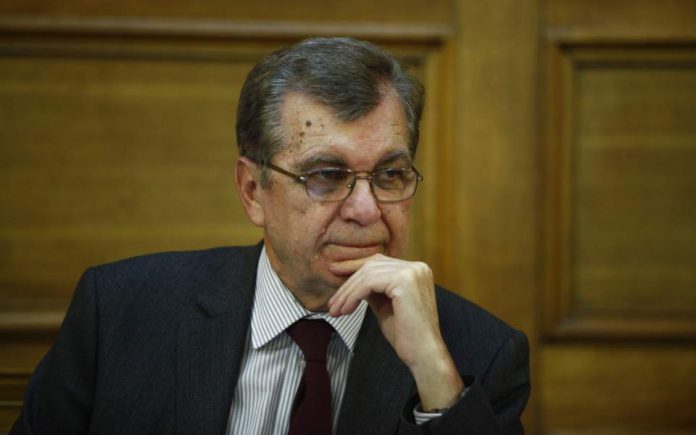 Kremastinos, a widely respected doctor who became a household name in Greece as the personal physician of late prime minister Andreas Papandreou in the mid-1990s, was admitted to Athens’ Evangelismos hospital on March 26. He died Friday morning after being in the intensive care unit for COVID-19.

Health Minsiter Vassilis Kikilias tweeted that the former minister “served the health sector with dignity and a sense of responsibility.”

Tributes for Kremastinos, who was currently serving as parliament vice-president and was a member of the center-left KINAL party, poured in.

Prime Minister Kyriakos Mitsotakis paid tribute, saying “the world of science and politics today lost a leading member.” The prime minister tweeted that the professor had “left a special imprint of dignity, responsibility and effectiveness.”

Born on May 1, 1942, Kremastinos grew up on the eastern Aegean island of Rhodes before studying medicine in the University of Athens and the University of London. Returning to his homeland, he set up a specialized cardiac intensive care unit in one of the Greek capital’s main public hospitals, and ran the cardiac department of the Athens General State Hospital and the Onassis Cardiac Surgery Center.