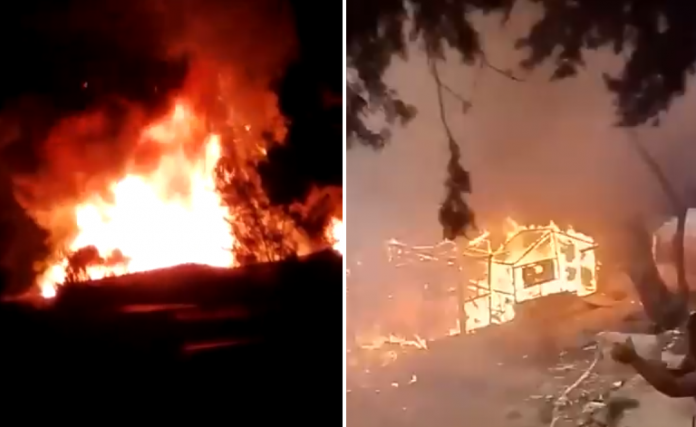 Hundreds of refugees are homeless after a fight between rival ethnic groups in the Vathy camp on the island of Samos lead to a fire outbreak.

According to sources from Doctors Without Borders, a non-governmental organisation, two fires broke out in the camp an hour ago, spreading panic among people.

“A fire broke out in Vathy camp, Samos, and hour ago leaving around 100 people without shelter,” the organisation wrote on Twitter.

“Our teams are there providing aid to those affected and we have set up tents in front of the camp for those who are left without shelter tonight.”

Vathy camp is the largest on Samos, situated on a disused military base perched in pine forests.

Some 4000 people inhabit a space designed to accommodate 648.