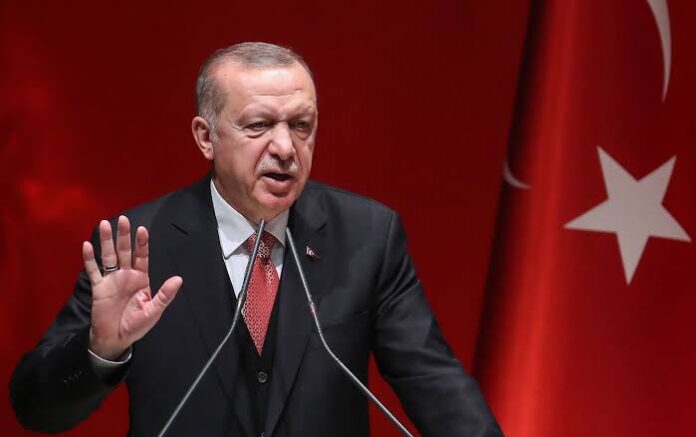 Ahead of a crucial EU Summit on October 1-2, Turkey’s President, Recep Tayyip Erdogan, wrote a letter to EU officials informing them about Turkey’s stance on the Eastern Mediterranean.

In his letter, Erdogan urged European leaders to take an impartial stance against Turkey after Ankara dispatched a research vessel to survey for gas and oil in an area over which Greece considers its exclusive economic zone.

“Ankara’s policy aims to determine maritime jurisdiction in line with international law and protect its sovereign rights and jurisdiction regarding its continental shelf and guarantee Turkish Cypriots’ rights on access to hydrocarbon resources,” Erdogan wrote in the letter.

“I hope that the EU supports our thoughts, abandons the biased stance against Turkey as a candidate country and stops giving unconditional and unjust support to Greece and Greek Cypriot administration’s maximalist discourse.”

The Turkish President said finding a peaceful solution to the Eastern Mediterranean issue is everyone’s joint responsibility and that the EU should support cooperation and dialogue and avoid taking steps that would further deteriorate the crisis.

“We hope that hydrocarbon resources form the basis for a resolution and a greater EU in the same way coal and steel formed the basis for the EU’s point of origin,” Erdogan wrote.

Later in the letter, Erdogan went on to say Turkey “is not behind the tensions.”

“Greece’s demands for Turkey to halt hydrocarbon activities in the Eastern Mediterranean are unjust.”

EU officials said they were considering new sanctions on Turkey over their gas exploration in the Eastern Mediterranean. European Council President, Charles Michel, said on Wednesday that “all options are still on the table.”