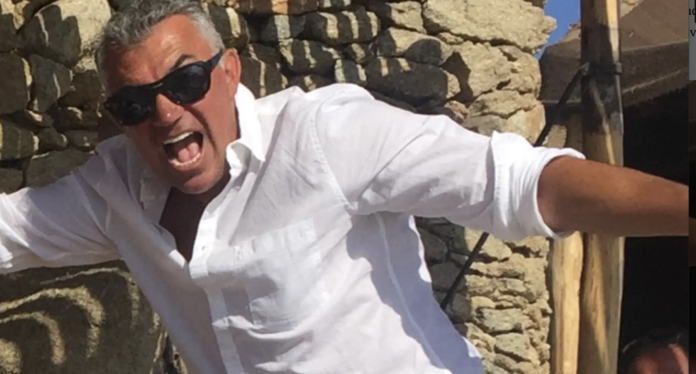 Guards who saw Dimitrios ‘Jim’ Mavris in the hours before he was found dead in his jail cell thought he seemed fine and was even in positive spirits.

But an inquest into his 2018 death has revealed the alleged cocaine importer actually spent his final hours openly making arrangements to kill himself, even getting his cellmate to help him, while unsuspecting corrections officers watched TV, The Sydney Morning Herald report.

The mechanic turned millionaire property developer and alleged drug importer had been arrested at Sydney airport just 48 hours earlier. He’d just returned from a wild South American escapade that saw him kidnapped in rural Colombia, where he is thought to have spent a week in captivity before being rescued by local police.

According to federal police, Mavris had hightailed it to Colombia to find out what happened to 59 kilograms of cocaine he was expecting to arrive in a shipment of frozen Peruvian fish in March.

What he didn’t realise after finding the drugs missing from the shipping containers was that they had been seized by Australian Border Force officers. On his arrival home, he was met by Australian Federal Police officers who charged him with importing a commercial quantity of cocaine. He was facing a maximum sentence of life in prison if found guilty.

The recent inquest heard that as early as 12pm on the day of his death, CCTV from inside his cell showed Mavris attempting to make preparations for his death. Footage also revealed Mavris was choked by his cellmate, who told the inquest Mavris asked him to do so.

The cellmate, who cannot be named for legal reasons, told the inquest he stopped because he didn’t want to be charged with murder. However, he didn’t notify guards of Mavris’ intentions until it was too late.

Share
Facebook
Email
Twitter
Pinterest
Linkedin
WhatsApp
Viber
Print
Previous articleInsight or Perspective: How can associations help the continuation of the Greek language?
Next articleBianca Mouhalos among three charged with taking steps in manufacturing an explosive