Dendias: ‘Greece expects to be included in the next stages of the Berlin Process on Libya’ 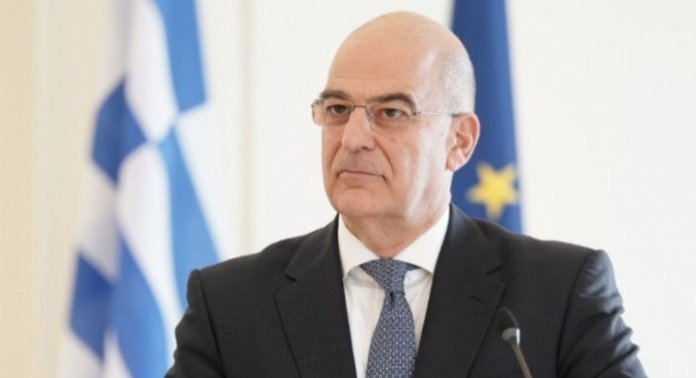 “Greece expects to be included in the next stages of the Berlin Process on Libya”, Foreign Minister Nikos Dendias said on Monday after the EU Foreign Affairs Council in Brussels.

The foreign minister said the Berlin Conference on Sunday was a “good first step” but expressed Greece’s displeasure at the absence of any explicit reference in its final conclusions to the EU position on the memoranda signed by Turkey and the Tripoli government in Libya, to state that these were illegal and invalid.

“In the European council meeting today there was a detailed discussion on Libyan issues. I had the opportunity to speak on behalf of the Greek government and to describe the Berlin conclusions, initially, as a good first step,” Dendias said.

“It is good because it confirms the willingness of all sides to find a political solution and because it repeats the need to impose an arms embargo on Libya,” he noted, while adding: “This is, of course, only a first step and everything remains to be judged.”

“I had the opportunity to express the Greek side’s displeasure, not only because it was not invited to this process but also and chiefly because no elements were included in the conclusions that constitute an explicit reference to the unamimous decision of the European Union Council in December, a decision that is binding for us all,” he said.

“Especially,” he added, “when the leadership of all the European institutions was present in Berlin.”

Dendias said that the High Representative of the European Union for Foreign Affairs and Security Policy Josep Borell had assured him that the EU’s position remains unchanged, namely that the memoranda signed by Turkey and the Tripoli government in Libya are “illegal” and “void of content”.

“I am obliged, however, to state that Greece is waiting for the continuation of this process and expects to be included in the next stages of the Berlin process,” he said.

On the sidelines of the FAC, Dendias met the new Spanish Foreign Minister Arancha Gonzalez and his French counterpart Jean-Yves Le Drian, with whom he discussed developments in Libya and the Berlin Conference.