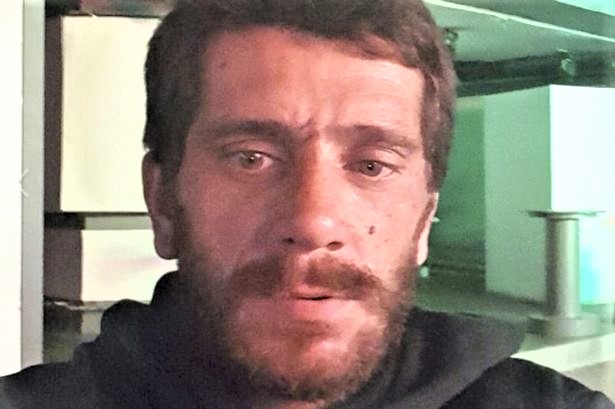 A convicted serial rapist released early from a half-century prison term was under police guard in a Corfu hospital on Monday after suffering severe injuries trying to evade arrest on new rape charges.

Police said Dimitris Aspiotis, 47, would undergo surgery for severe back and leg injuries he suffered after falling off a seaside cliff on Saturday in the island’s southern Lefkimmi area, close to the popular Kavos tourist resort.

The suspect had to be extracted by the fire service and rescue teams brought in by sea.

The arrest followed a two-week manhunt in which more than 100 police, assisted by sniffer dogs, took part. During that time, the suspect, who was armed, is believed to have hidden in a remote area.

On May 9, a woman living in the area with her partner had told police that Aspiotis allegedly abducted her, kept her prisoner in a forest and repeatedly raped her over two days before she was able to escape.

Aspiotis had been convicted in 2012 of raping three female tourists in the same area in the summer of 2010. He was sentenced to a total 53 years in prison.

However, Greek law doesn’t allow convicts to serve more than 25 years in prison and usually release can be secured considerably earlier on health grounds, or if they have worked for a certain part of their sentence in prison workshops.

But Aspiotis was freed after just six years in 2018, under a new law aimed at lessening severe overcrowding in the country’s prisons. That law was heavily criticised when a series of violent criminals were freed after serving a fraction of their terms, and has since been scrapped for cases of rapes and other violent crimes.

Greek media reports said Aspiotis had carried out the 2010 rapes shortly after being released from prison where he had served time for another three rapes.

Under the terms of his 2018 release, he had been obliged to appear regularly at his local police station and wasn’t allowed to leave the island.

Police said they found a loaded hunting rifle, knives and survival equipment cached near where Aspiotis was arrested.