Calombaris in crisis meeting to save empire 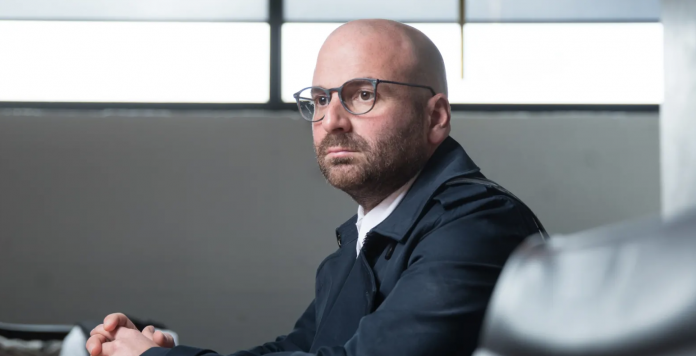 The hospitality empire of celebrity chef George Calombaris is on the brink of collapse and could be placed into voluntary administration as early as this week, with about 500 employees facing an uncertain future.

A decision to appoint an administrator to oversee Made Establishment is set to be made at a meeting this afternoon, months after the ailing business was battered by a major underpayment scandal and a tsunami of negative media coverage.

The Age and The Sydney Morning Herald were told by several hospitality sources that senior staff have been informed of the crisis meeting where the fate of the business will be determined. Sources have said employees and suppliers will be paid out under the deal, regardless of the outcome of the meeting.

An administrator could be forced to offload unprofitable outlets, while some venues could be offered to existing operators.

Calombaris, who left his role as a star judge on MasterChef  last year, did not respond to The Sydney Morning Herald’s requests for comment on Sunday.

In the wake of the underpayment scandal, Made Establishment embarked on a major rebranding exercise as Calombaris stepped back as the figurehead of four high-profile venues within the group.

In December, Hellenic Hotel in Williamstown was relaunched as Hotel Argentina, while Hellenic Kew transformed into an Italian restaurant, Vita. Hellenic Republic in Brunswick East re-opened as Crofter Dining in mid-January.

The potential voluntary administration comes just seven months after Made Establishment was ordered to make a large contrition payment as part of an unprecedented deal with the Fair Work Ombudsman, for underpaying $7.83 million in wages to 515 current and former employees. All former and current staff were reimbursed.

At the time, facing a vicious backlash on social media, Calombaris told the ABC he was “gutted” and took full responsibility for the scandal, but vowed to maintain his embattled empire and protect hundreds of jobs.

“We aren’t closing our restaurants, we’re here. And it’s my job as their leader to keep pushing forward and keep speaking this message, not shying away from the mistake we made, but also acknowledging that we fixed it,” he told the 7.30 program.

“I won’t forget that afternoon in 2017 when we sat there with my new business partners after we’d done a full audit for the business and discovered the underpayments.”

Multimillionaire Radek Sali, the former chief executive of Swisse vitamins, made an ill-fated foray into the hospitality industry when he took a major stake in Calombaris’ restaurants in 2016. However, within months a string of payroll discrepancies were identified and the Fair Work Ombudsman opened a major investigation.

At the time, Mr Sali said he was “prepared for a few potholes in the books” when he first invested, but was unaware that hundreds of staff had been ripped off.

The uncertain future of Calombaris’ eateries, comes just a week after The Age and The Sydney Morning Herald revealed that Dinner by Heston had been consistently underpaying staff since 2015, when it opened in Crown casino.

Tipsy Cake, the company that owns the Melbourne-based Dinner by Heston and is based in the Caribbean tax haven of Nevis, entered voluntary liquidation in December.

Several other high-profile restaurants are the subject of ongoing investigations by the Fair Work Ombudsman over alleged underpayments, including venues linked to Neil Perry, Guillaume Brahimi and Teage Ezard, following a series of stories by The Age and The Sydney Morning Herald.

The hospitality sector has responded by lobbying the federal government to reform penalty rates, amid claims the current award system is almost impossible to comply with.

In 2012, Calombaris fuelled a national debate about the viability of penalty rates, when he noted that some of his restaurants were unprofitable on a Sunday because he was required to pay staff up to $40 an hour.

“The problem is that wages on public holidays and weekends greatly exceed the opportunity for profit,” he said.