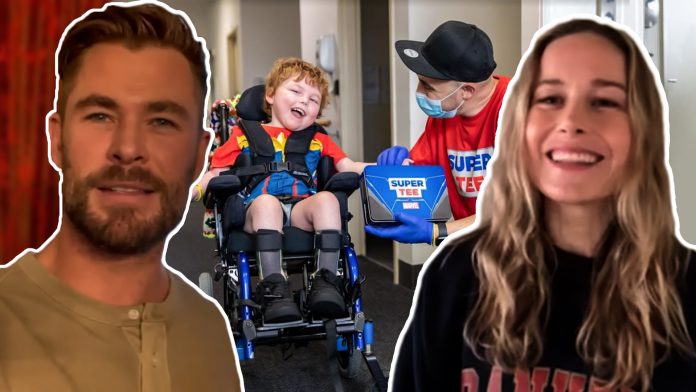 At one year old, Jason Sotiris’ daughter Angela was diagnosed with cancer.

Jason, a self-employed tradie, held his daughter close as the doctors told him Angela had a 20 per cent chance of surviving what was a rare, 1 in 100,000 disease: multi-system Langerhans cell histiocytosis.

Speaking to news.com.au, Jason said the diagnosis was “quite a shock.”

“We knew something was wrong but we didn’t expect it to be life-threatening. They gave her a 20 per cent chance of survival and I remember in that moment I felt so helpless and sad,” he said.

What followed were months of traumatising treatment.

One night, Jason was watching his daughter’s IV drips, heart monitors, and central lines when she woke suddenly and vomited due to the potency of her chemotherapy.

Waiting for a nurse to arrive, he attempted to change Angela into clean clothes – which proved a difficult task that upset Angela. As his daughter settled back to sleep, Jason was inspired to create a garment that could be changed easily whether the patient was awake or asleep – the Supertee.

The Supertee is a superhero-inspired medical garment for children, the capes double as bibs and there are side openings for tubes, access lines and temperature access.

Against all odds, Angela won that battle at four years old and the now recently turned 10-year-old has no evidence of disease.

Since launching in July 2018, Supertee has helped thousands of Australia’s sickest children and their parents. With over 200 volunteers and over $500,000 donated, more than 13,000 of the superhero garments have been delivered nationwide.

Supertee won the Australia good design award for social impact in 2019 and more recently has collaborated with Disney.

The collaboration caught the attention of Marvel alumni, Brie Larson who plays Captain Marvel and Chris Hemsworth who plays Thor.

“The avengers are behind you every step of the way. Sending you so much love and remember we’re here for you, we love you, stay strong, stay brave, stay courageous,” the duo said.

Speaking to news.com.au, Jason said: “I had to pinch myself … to now have our kids in hospital become come Avengers themselves and for Chris Hemsworth and Brie Larson to show their support is a dream come true.”