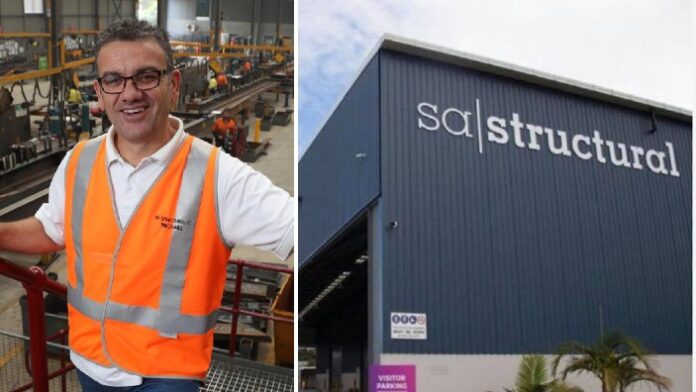 About 200 workers are chasing millions of dollars in unpaid entitlements and around 15 steel projects in South Australia are in doubt, after the closure of the state’s biggest steel fabricator.

According to The Advertiser, receivers have permanently shut down operations at Greek Australian-owned business, SA Structural, and appointed BRI Ferrier as administrators.

Three days after the administrators were appointed, creditor NAB engaged Deloitte to take control of the company’s affairs.

“The objective is always to trade through and preserve the business as a going concern wherever possible,” Deloitte receiver and manager, Glen Kanevsky, told The Advertiser.

“But having undertaken an urgent review and input from a range of key stakeholders, we have determined that in this case it was unfortunately not viable to recommence operations.”

NAB is understood to be owed around $12 million while close to 200 other creditors, including suppliers, have been left chasing around $3 million.

Meanwhile, staff are owed around $3.6 million in unpaid superannuation, according to administrator Andre Strazdins from BRI Ferrier. He also confirmed super hadn’t been paid for more than 12 months leading up to the company’s collapse.

More than $680,000 in other entitlements are also owed to staff, but are likely to be covered by the Federal Government’s Fair Entitlements Guarantee scheme.