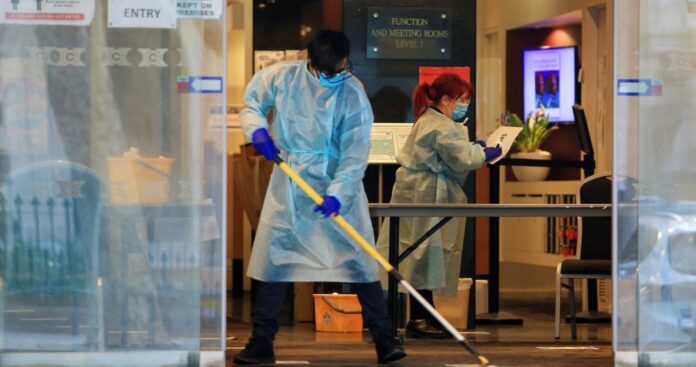 More than 200 people who were in Victoria’s hotel quarantine program are being urged to get tested for HIV and other viruses after a testing mix-up.

State health authorities have announced that 243 people are being advised to undergo testing for Hepatitis B and C and HIV, after it was revealed that single-use blood glucose testing kits were used “across multiple residents” between March 29 and August 20.

Safe Care Victoria, the state’s healthcare quality and safety agency, said the needles can be changed between each use but the body of the device can retain microscopic amounts of blood.

“This presents a low clinical risk of cross-contamination and blood-borne viruses — hepatitis B and C, and HIV,” the agency said.

To reassure those affected, confidential testing is being arranged. People are being contacted on the basis of their health records.

Coronavirus is not spread by blood so there was no risk that the test could have spread the illness.

A “full review” into how the breach happened is also now being conducted by the agency.