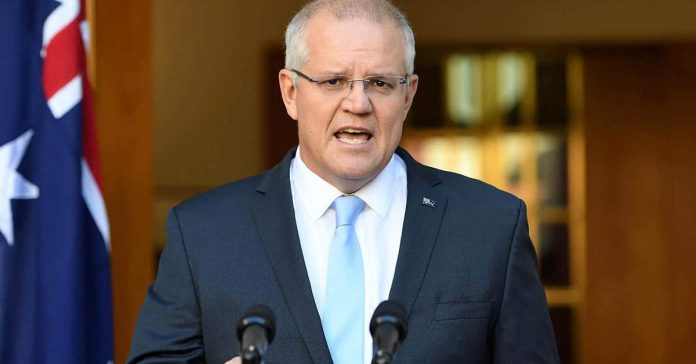 The payment will be available to workers in Victoria who need to self-isolate but do not have sick leave or payments through JobKeeper or JobSeeker.

“That means that for those who need to self-isolate as a result of an instruction by a public health officer, there is no economic reason for you to go to work,” he said.

The payment will become available to workers in other parts of Australia if a disaster is declared as it has been in Victoria.

Mr Morrison said workers in the state would be able to apply for the payment over the phone from Wednesday.

This afternoon, Victoria recorded 429 new cases of coronavirus and 13 more deaths overnight. Eight of the deaths are linked to aged care outbreaks.

Victorian Premier Daniel Andrews also announced that some non-essential businesses will be forced to close from 11.59pm on Wednesday, August 5. These include retail, manufacturing and administration businesses.

“As heartbreaking as it is to close down places of employment, while I never thought that I would be telling people not to go to work, that is what we have to do in order to stop the spread of this wildly infectious virus, this deadly virus,” Mr Andrews said.

But hardware, building and garden stores will be open to tradespeople only, with the public limited to contactless ‘click and collect’ pick-up only.

This news comes as from 6pm on Sunday, all of metropolitan Melbourne was plunged into stage four restrictions, which includes a curfew from 8pm to 5am each night preventing people from leaving their homes unless it is for work, giving or receiving care, or visiting a partner.

The alternative, Premier Daniel Andrews said, was a situation where the rate of community transmission would leave the state unable to lift stage three restrictions until the end of the year.