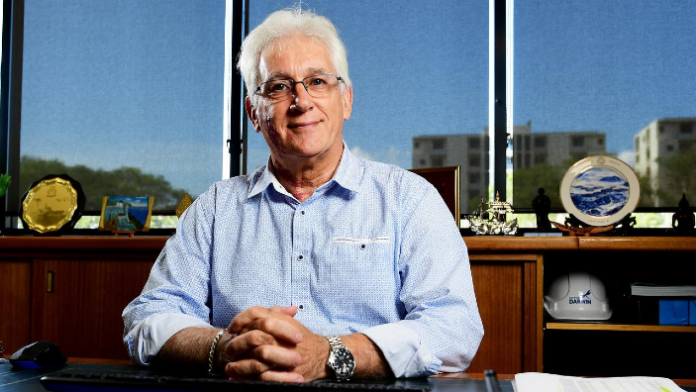 While only 56 per cent of votes are counted so far roughly, Mr Vatskalis leads by more than 10,000 first preferences.

Amye Un is sitting in second place but on just 3,405 votes compared to Mr Vatskalis on 15,850 votes.

“Thank you to the residents of Darwin who gave me their trust and re-elected me for another four years to continue the work we’ve done the last four years,” Mr Vatskalis tells The Greek Herald.

The Darwin Mayor says he will now shift his focus to planning for the years ahead, with “more trees, more public works and more construction of public facilities” on his agenda.

His Council has already implemented a number of successful initiatives for Darwin residents in the form of relief vouchers for businesses, stable council rates and even a ‘Green Army.’

“Our council, the last four years, was the only council which not only had to deal with a cyclone but also the pandemic and the challenges were huge. We lost 10,000 trees. We replanted another 5,000 trees and now we will plant another 8,000 during this period,” Mr Vatskalis says.

“We had a ‘Green Army’ of people who didn’t even get the JobKeeper, 100 people, we gave them jobs cleaning our parks, doing jobs we couldn’t do because they were very big.

“We have changed Darwin and transformed it from a city of concrete to a city which is now full of greenery, with trees and flowers.”

Mr Vatsaklis, who says his “culture is purely Greek,” aims to continue these positive changes now that he’s been re-elected.