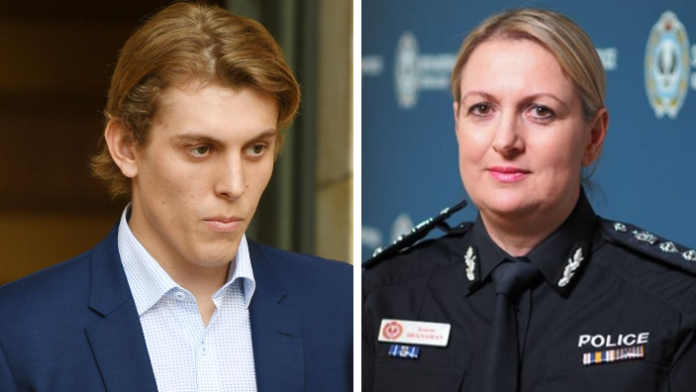 Adelaide’s District Court has heard there is “unlikely to be any debate” that a young man suffered “mental impairment” during a crash that killed two Adelaide women last year, the ABC reports.

Harrison Kitt has pleaded not guilty to two counts of causing death by dangerous driving over a high-speed crash in April 2020.

Senior police officer, Joanne Shanahan (nee Panayiotou), and mother, Tania McNeill, died in the collision at the intersection of Cross and Fullarton roads in Urrbrae, south of Adelaide.

Prosecutor Patrick Hill told the court while it was likely “mental impairment” was a relevant factor of the crash, there were other matters that still needed to be considered.

“One issue … relates to self-induced intoxication and whether that may have been a substantial cause of Mr Kitt’s episode,” Mr Hill said, according to the ABC.

David Edwardson QC, for Mr Kitt, said his client’s toxicology report was zero at the time of the crash.

The court has previously heard Mr Kitt has been diagnosed with bipolar disorder and has manic episodes and psychotic features.

The diagnosis has been confirmed by a clinical psychiatrist at the Royal Adelaide Hospital.

The matter was adjourned for three weeks, with Mr Kitt next set to appear in court later this month.