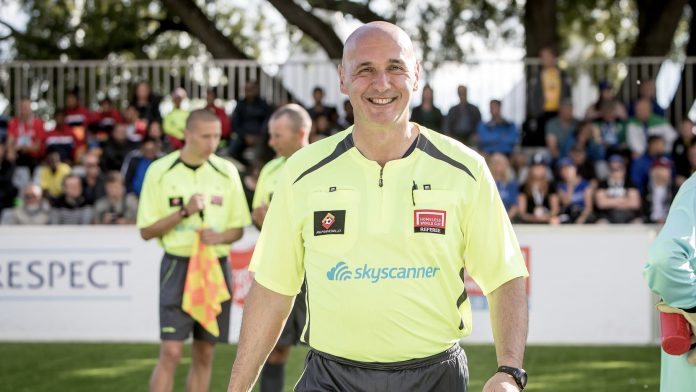 The Victorian football community is mourning who they describe as a “beloved member” of the community.

“A brilliant referee on the pitch, his communication style, and positive demeanor led him to be universally respected by players, coaches, and colleagues,” Football Victoria says.

They say Milas was known by the community for his “compassion, warmth” and the “infectious personality”.

Milas became a referee with Football Victoria in 1998 and held several different roles in the sporting body during his 23-year tenure.

He received the 2016 Victorian Community Official of the Year Award 2016.

Football Victoria is particularly fond of his compassionate style of refereeing, notably his “gracious” and “delicate” approach to a player during the 2008 Homeless World Cup in Melbourne.

“…Hary quietly pulled the player aside and firmly but graciously administered the red card [a foul]  in a way that allowed the player to remain dignified,” Football Victoria recalls.

“After the match, the removed player sincerely thanked Hary for his approach, leading Hary to offer him his whistle as a memento of their encounter together.”

The moment inspired the ‘Whistle of Hope’, a congeniality award that has been a part of the game ever since.

“The story of the Whistle of Hope is one of many that depicts Hary’s class and personality,” Football Victoria says.