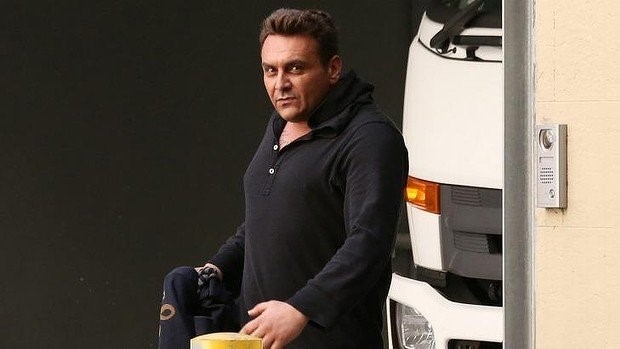 Controversial building industry figure George Alex has been arrested in a pre-dawn raid at his Surfers Paradise home.

The 49-year-old has been arrested by the Australian Federal Police in relation to allegations of money laundering and tax evasion.

A spokesman for the AFP confirmed it was executing search warrants as part of an ongoing organised crime investigation.

“There is no ongoing threat to community safety as a result of this activity. Further updates will be provided at an appropriate time,” he said.

Police have also raided properties in Moorebank and elsewhere in Sydney and the state.

Mr Alex, 49, has been an undischarged bankrupt since 2011. Despite this, evidence was given at the royal commission into Trade Union Governance and Corruption in 2015 that Alex controlled a number of labour hire companies which were paying money to the CFMEU for favourable construction deals.

Because of his bankruptcy Mr Alex couldn’t be a director, instead he ran a series of labour hire companies through fronts. As each failed, it left insufficient assets to pay the creditors of the failed company, including the Australian Tax Office the royal commission heard.