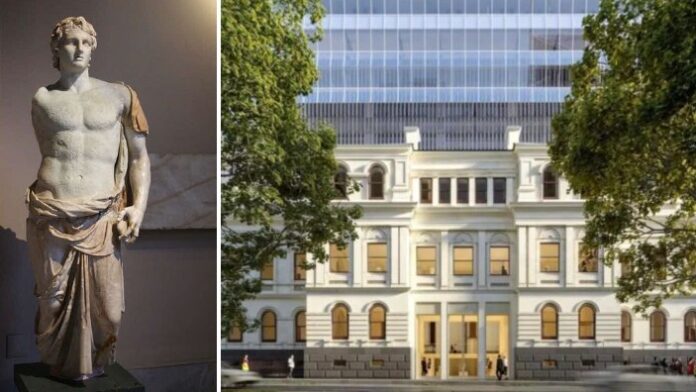 The Greek Parliament is to vote on Thursday on a bill which paves the way for the lending of ancient and modern Greek artifacts to foreign museums for up to 50 years.

The Ministry of Culture says this will allow the country to promote Greek art and culture on a global basis, especially in areas where there is a strong expatriate element such as Australia and the US.

“The museums of our country have tens of millions of movable monuments, which are kept in their warehouses,” the Ministry says in a statement.

“Of these, some, selected by the museums themselves and after obtaining the approval of the competent services of the Ministry of Culture and Sports and of course the Central Archaeological Council, in full application of the provisions of the Archaeological Law (Law 3028/2002), will be able to be exhibited as a single collection with long-term borrowing in museums or exhibition spaces abroad, necessarily retaining the name of the museum that lends its objects.”

The statement goes on to say the bill will specifically help the Benaki Museum, which has been approached by the Hellenic Museum of Melbourne to house some of its collection outside of Greece.

READ MORE: New Benaki Museum in Melbourne set to be first of its kind outside of Greece.

“In this way, the identity of the Greek community is strengthened, the comparative advantage of its homeland is highlighted in the best way and people all over the world come in contact with the Greek culture,” the Ministry says in a statement.

The current legal framework stipulates that an object can be transferred from a museum in Greece to a museum abroad for only five years, with the possibility of extension for another five years after a new decision. This limit is greatly expanded with the new proposed regulation.