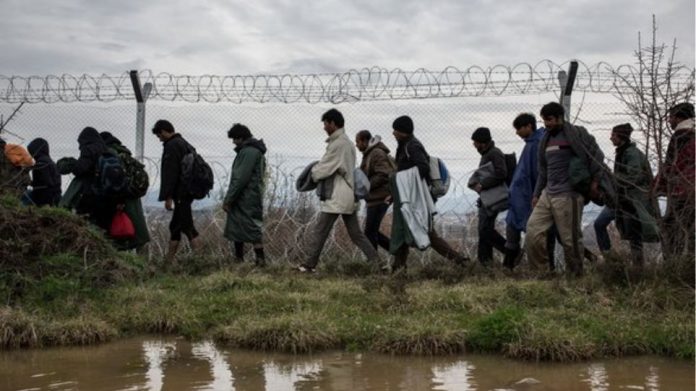 Six migrants died of exposure to the cold in recent days in northeastern Greece near its land border with Turkey, a local coroner said Tuesday. The region is a popular corridor for illegal immigration.

Overnight, winter temperatures in the area are now dropping well below freezing.

Pavlos Pavlidis, who is based in the northeastern town of Alexandroupoli, said the victims were four men and two women, all under 30 years old. Their identities and nationalities were unknown, although the two women appeared to be from Africa, he said.

Five of the bodies were found over the weekend and the sixth was found Dec. 5, Pavlidis told The Associated Press.

The bodies of the two women were found near the Evros River, which flows along much of the land border between Greece and Turkey. The men were found in hilly terrain.

All were believed to have entered illegally from Turkey. Although most of the migrants entering Greece from Turkey use the sea route making the journey on small boats provided by smuggling gangs. Due to the unsafe conditions, many migrants now opt to enter Greece via the Evros land corridor.