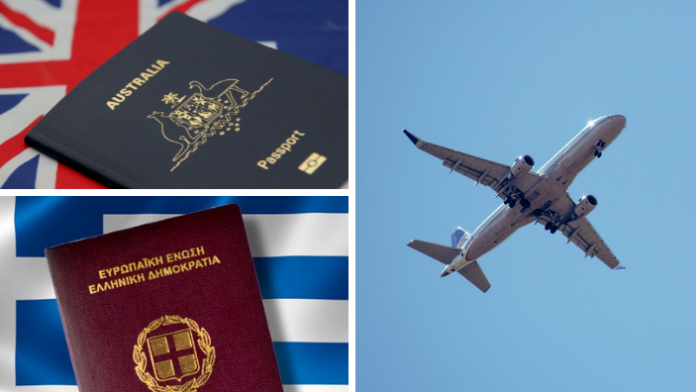 The Henley Passport Index has released its rankings for the most powerful passports in the world and Greece and Australia have tied in 7th place.

Both countries have jumped one place in the rankings from last year, where they were 8th in the world.

The Index uses data from the International Air Transport Association and ranks passports based on the number of destinations their holder can visit without a visa.

According to the data, passports from Greece and Australia allow citizens to holiday in 185 countries without organising a visa.

Both countries have tied with Canada, the Czech Republic and Malta in seventh place.

Meanwhile, at the top of this year’s index are Japan and Singapore, with their passports allowing citizens to visit a whopping 192 countries without requiring a visa.

Afghanistan remains at the bottom of the ranking with its nationals only able to access 26 destinations visa-free.

Here are the top rankings: