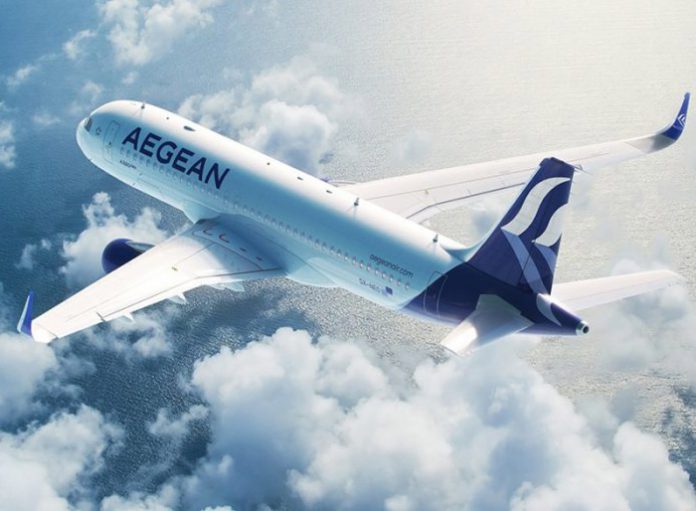 Our recent article outlining the updated flight policies of Aegean Airlines released by CEO Dimitris Gerogiannis, raised many unanswered questions from our readers. As a result, The Greek Herald reached out to the airline to provide you with further clarification.

The press release which caused such an uproar on Tuesday stated: “All new tickets issued between 18th May and 15th June 2020, and regardless of flight dates, will have the benefits of the FLEX fare category, so that you can have… the option to change your ticket without rebooking fees.”

However, this did not address the issue impacting many Greek Australians who had booked their flights to Greece prior to May 18. They were left questioning whether the FLEX category also applied to them and if not, were they able to get a refund.

In a statement to The Greek Herald, a spokeswoman from Aegean Airlines confirmed that people who fall into the above category (ticket buyers before May 18 who’s flights have not been cancelled) can either:

Now, many people are probably wondering whether it will cost extra to upgrade to FLEX and what the benefits will be.

The Aegean Airlines spokeswoman confirmed to The Greek Herald that an extra cost to upgrade will only be incurred “if they don’t find a fare of equal value.” So basically, if you can find a FLEX ticket fare of equal value to the ticket you bought earlier this year, then there will not be any extra cost. However, if you can’t, you will have to pay a small difference (if at all).

For those who booked ‘Go Light’ fares which are currently no longer on sale, if you “rebook your existing light fare from today until June 15, there will be no rebooking fees and the ticket will be upgraded to FLEX in any case,” the spokeswoman further clarifies.

At this stage, you’re probably wondering: ‘how does an upgrade help me?’ and ‘what if I just want a refund?’

This is where the benefits of the FLEX fare comes in. According to the terms and conditions of the FLEX fare, travellers will be able to: (1) make “unlimited ticket changes without rebooking fee” – so there appears to be no date or time limit on when you can rebook your flight, and (2) people can get a “refundable ticket in case of cancellation, according to the originally bought ticket’s terms and conditions.”

But despite these new policies, many Greek Australians may still be impacted by this.

And that’s why The Greek Herald will continue its conversation with the airline and if there are any further enquiries, please let us know.