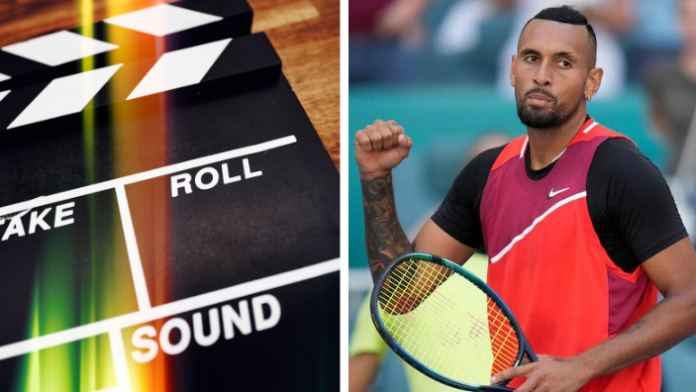 Nick Kyrgios has confirmed his life is being filmed as part of an upcoming Netflix documentary series, which will shine a light on the world of tennis.

Kyrgios will join world No.4 Stefanos Tsitsipas in the Netflix series, after the Greek tennis player recently confirmed his participation as well.

According to The Daily Telegraph, Kyrgios said he put his hand up to take part in filming because he wants to change the stigma of tennis being “a very white privileged sport.”

“I loved the fact that I was able to show my path and the way I go about it and how I connect with people,” Kyrgios told the national newspaper.

“I think it’s a very different side to how people would perceive most tennis players. I think it’s a special thing for other coloured athletes that do want to play tennis to see myself, you know, you have (Frances) Tiafoe out there right now, (Naomi) Osaka, us doing it the way we are doing it.”

This comes as Kyrgios has been the centre of a number of tennis controversies over the last few weeks.

He was fined for losing his cool during a quarter-final loss to Rafael Nadal at Indian Wells, which included almost hitting a ball boy with his racquet after throwing it in frustration.

Earlier this week, at the Miami Open during his fourth-round defeat against Italy’s Jannik Sinner, Kyrgios was also issued a total $35,000 fine for four separate incidents including audible obscenity, unsportsmanlike conduct and verbal abuse.

All these incidents are guaranteed to provide good viewing for people who watch the Netflix series.