‘It’s in my blood’: Ada Nicodemou on how her Cypriot upbringing inspires her acting 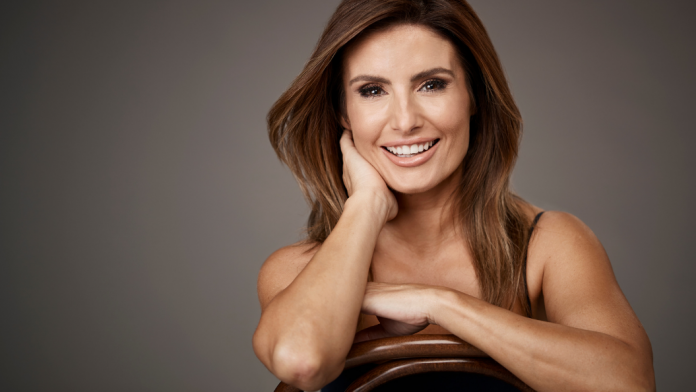 “Vote for Ada Nicodemou!” a small voice calls out in the background as Ada and I sit down for our exclusive chat via telephone.

The Home and Away star instantly starts laughing and explains that the voice belongs to her 9-year-old son and “#1 campaign manager,” Jonas.

What’s he campaigning for exactly?

To help Ada win a TV Week Silver Logie for Most Popular Actress at this year’s 62nd Logie Awards for her long-standing role as Leah Patterson in Home and Away.

Ada has been nominated for the Logie another three times but she says this year’s nomination is extra special for her fellow castmates and son.

“We work really hard, I really love playing Leah, I love this show and I think it’d be great for the show as well. My little boy would also see me win a silver, so I would love that for him because he’s so excited,” Ada says.

“All of last year and actually at the beginning of the year, he keeps going, ‘Mummy are you going to get nominated for gold or a silver?’ and I go, ‘buddy it’s not going to happen.’ So I actually really didn’t expect it. It’s a real honour.”

‘Performing was in my blood’:

This honour is no surprise as Ada has always had star power from a young age growing up in the south-west Sydney suburb of Minto with her Cypriot migrant parents and younger brother.

“Growing up we would go to the big Greek dances and mum would lose me for a second and I would have managed to get up on stage, ask the band for the microphone and say a Greek poem or sing a song or just have a little chat,” the actress explains.

“She was always mortified because I just had so much confidence. Even when people came over for big Greek parties at home, I organised everyone to sit down and I’d do a dance for them or some sort of performance. So I think performance was just in my blood.”

Despite this, no one from Ada’s family expected her to get into acting. It was only after numerous auditions and years of study at the Johnny Young Talent School, that she was eventually cast as Katerina Ioannou in ABC1’s Heartbreak High in 1994.

Later, she also had starring roles on Police Rescue and Breakers, before joining the cast of Home and Away in 2000. She has now been playing the beloved character of Leah for 22 years.

Ada says this career trajectory wasn’t always supported by her family at the beginning, but things are different now.

“When mum saw the first episode of Heartbreak High, she hated it. She just wouldn’t watch it and she wouldn’t talk to me for a week because my character was quiet racy and she just wasn’t happy with her little girl being on screen,” Ada says with a laugh.

“But now she loves it and I haven’t stopped acting ever since.”

With that being said, I just had to ask Ada what she considered to be the key to her success. Her answer clearly shows the strong influence of her Cypriot heritage on her acting.

“My longevity on Home and Away has a lot to do with my upbringing,” the actress says.

“I have a very strong work ethic. My parents had businesses growing up, we weren’t the kids that were going on holidays or at our friends’ house. We were at the shop every school holidays, Saturdays I was working. I’ve always just worked so it’s just in my blood and that’s what I know.”

But what of her future? Does Ada still have plans to be working as an actress in the long-term?

“I can’t see myself leaving Home and Away any time soon. I’m really happy on the show and I’m just really focused on bringing up my son… I love spending time with him,” Ada says.

As we end our phone call and I can hear a distinct giggle from Jonas in the background, I can just tell that she’s the joy of his life too.

Live voting for all the Most Popular awards including the Gold Logie is now open until June 19. Fans can vote for Ada here: tvweeklogiesvote.com.